A FREE concert with Grammy Greats playing the hits you love 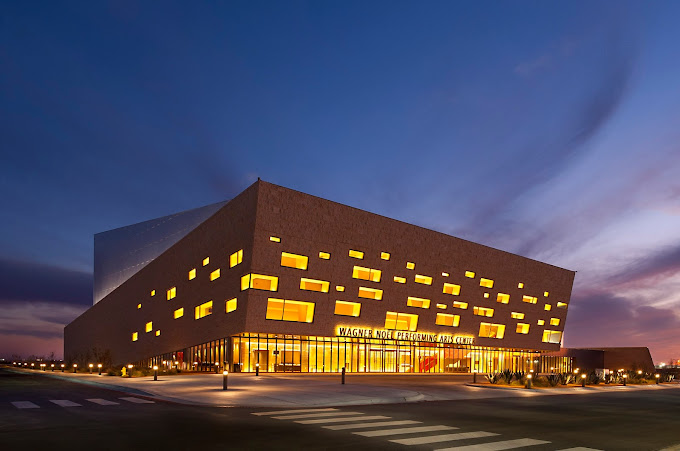 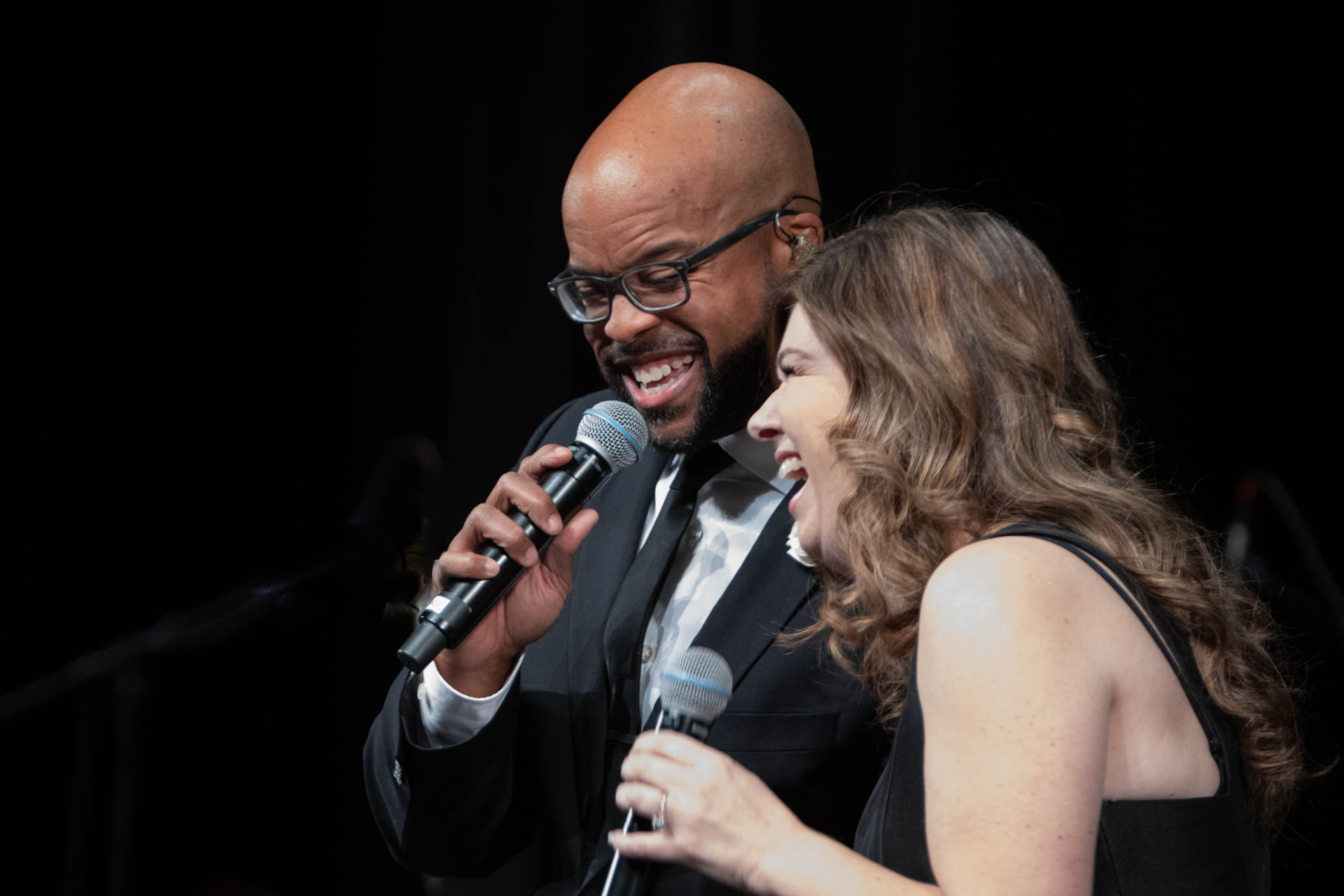 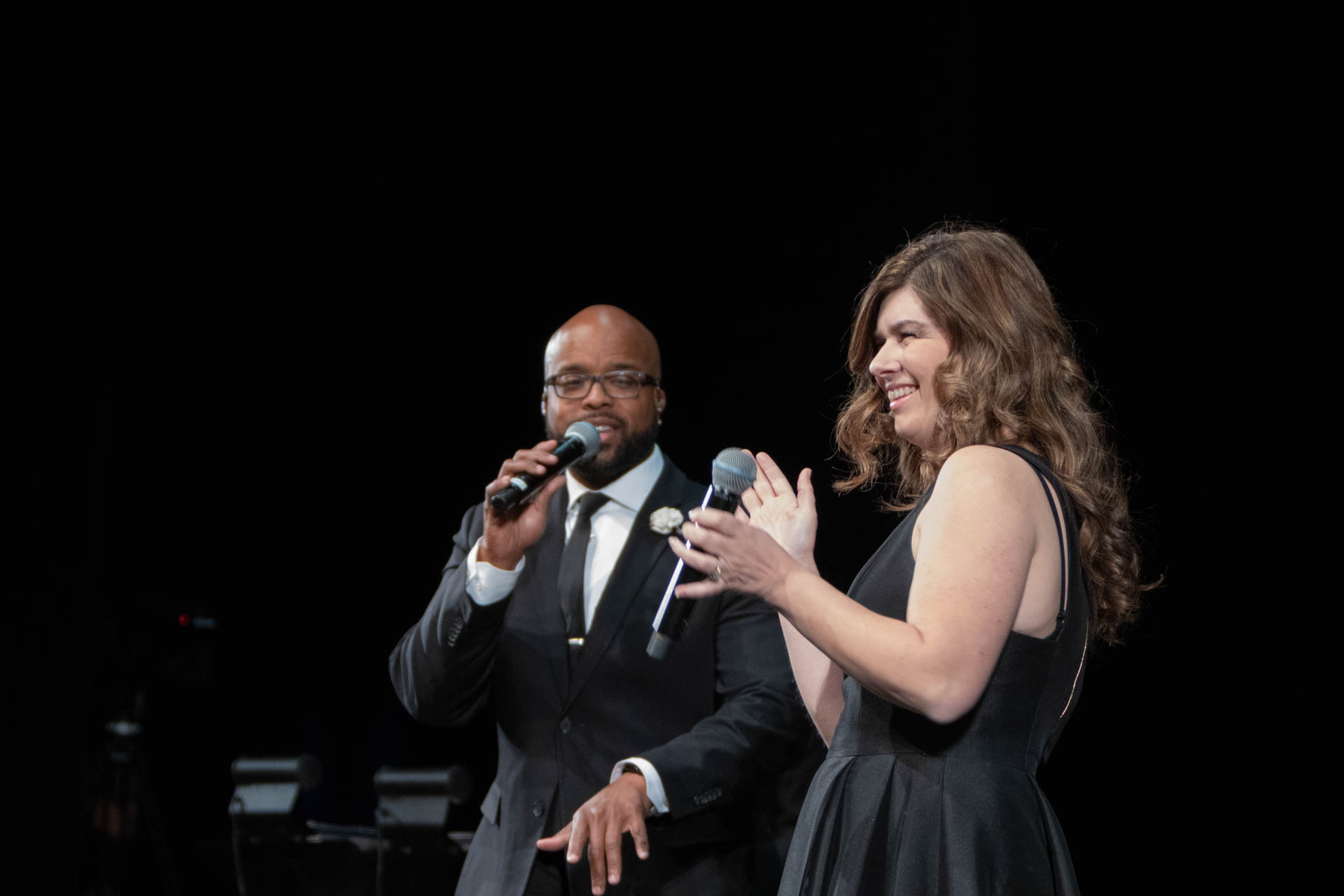 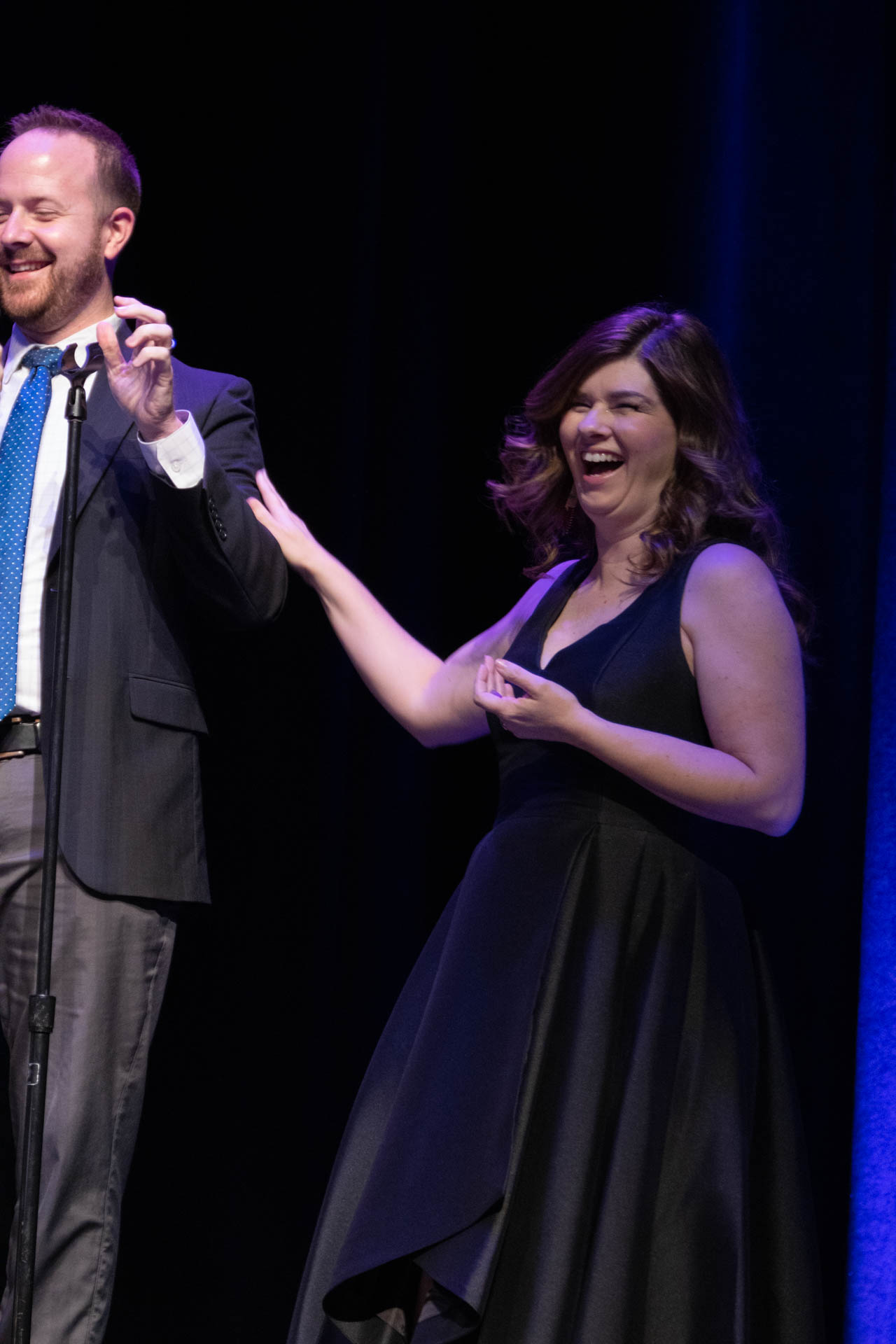 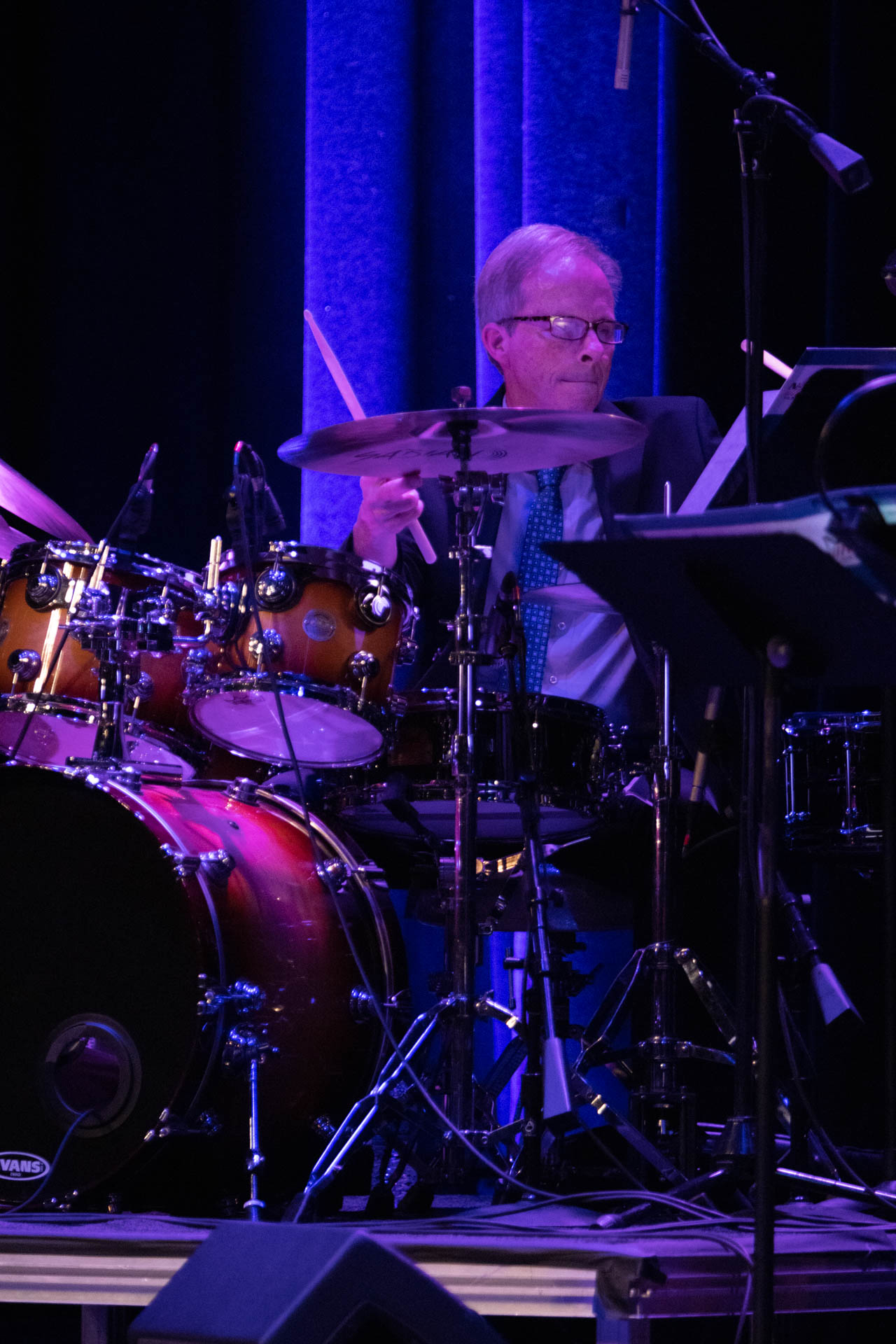 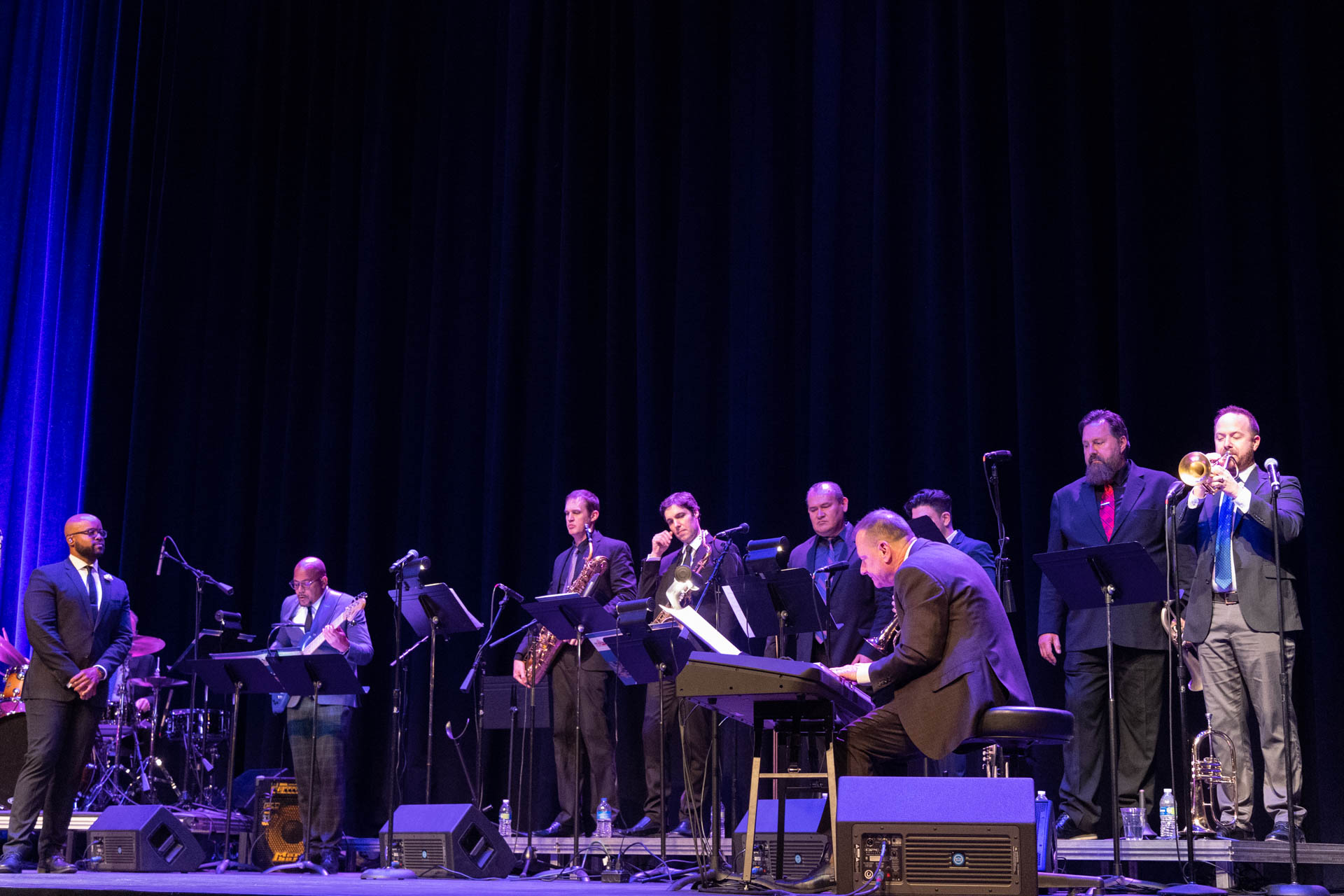 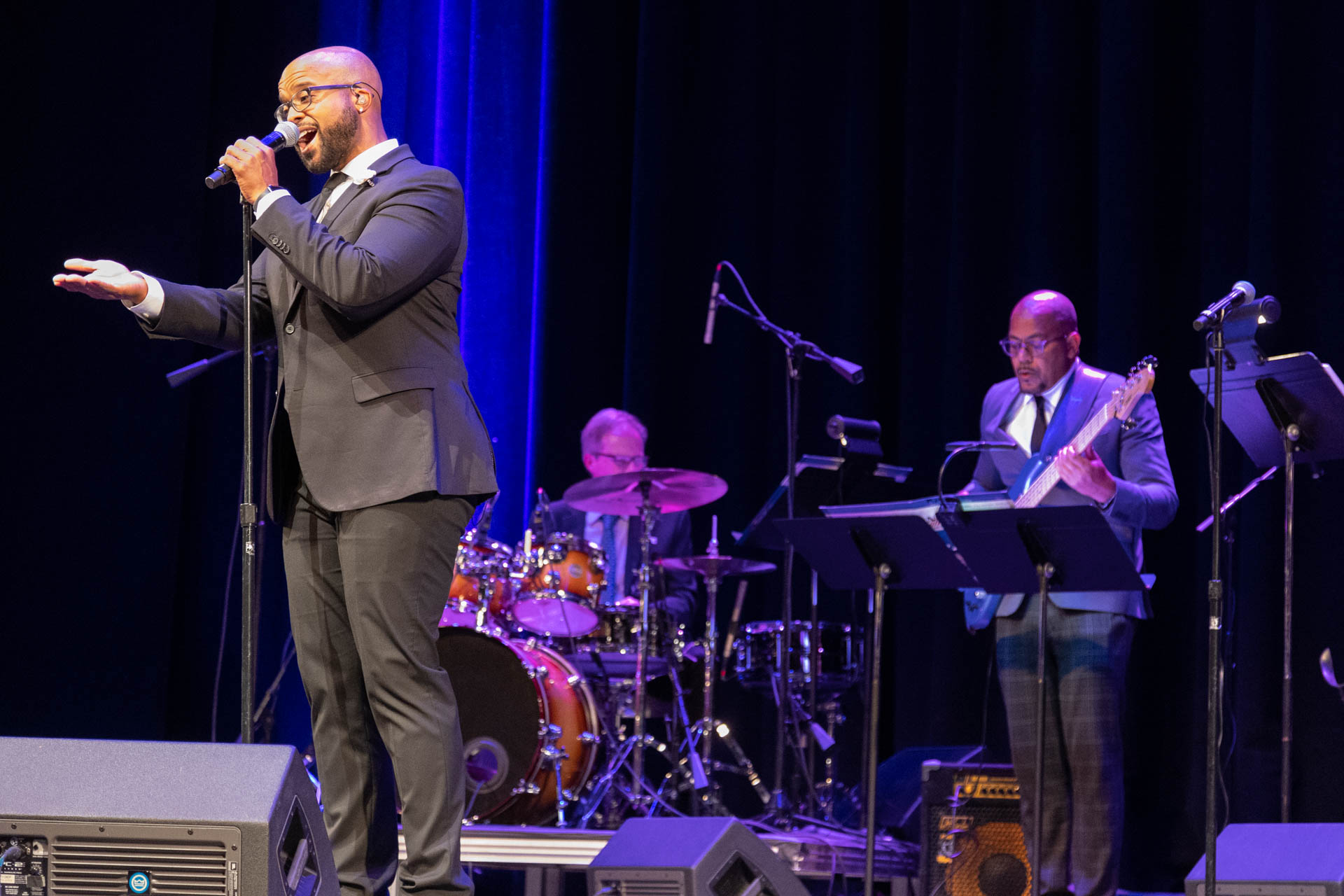 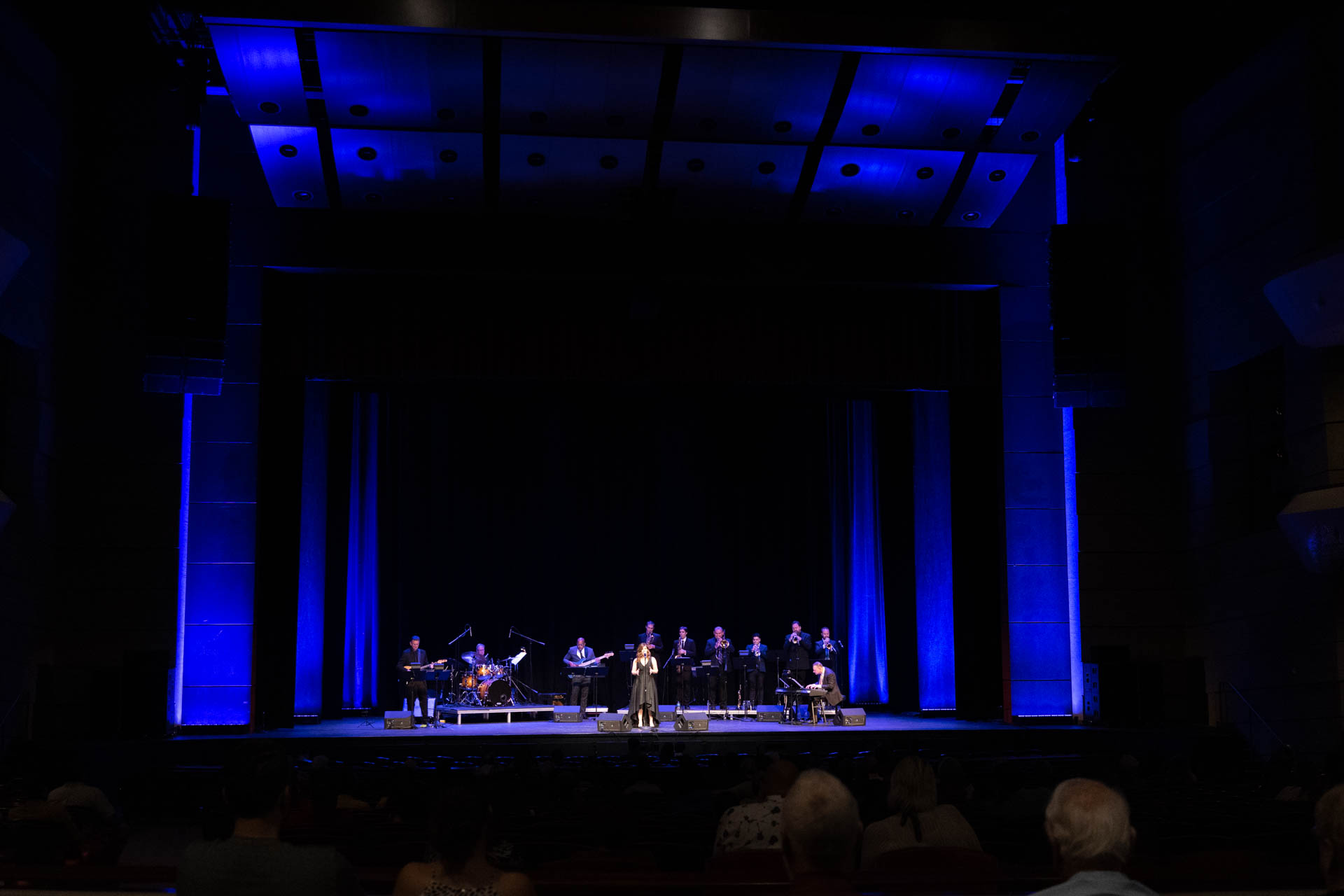 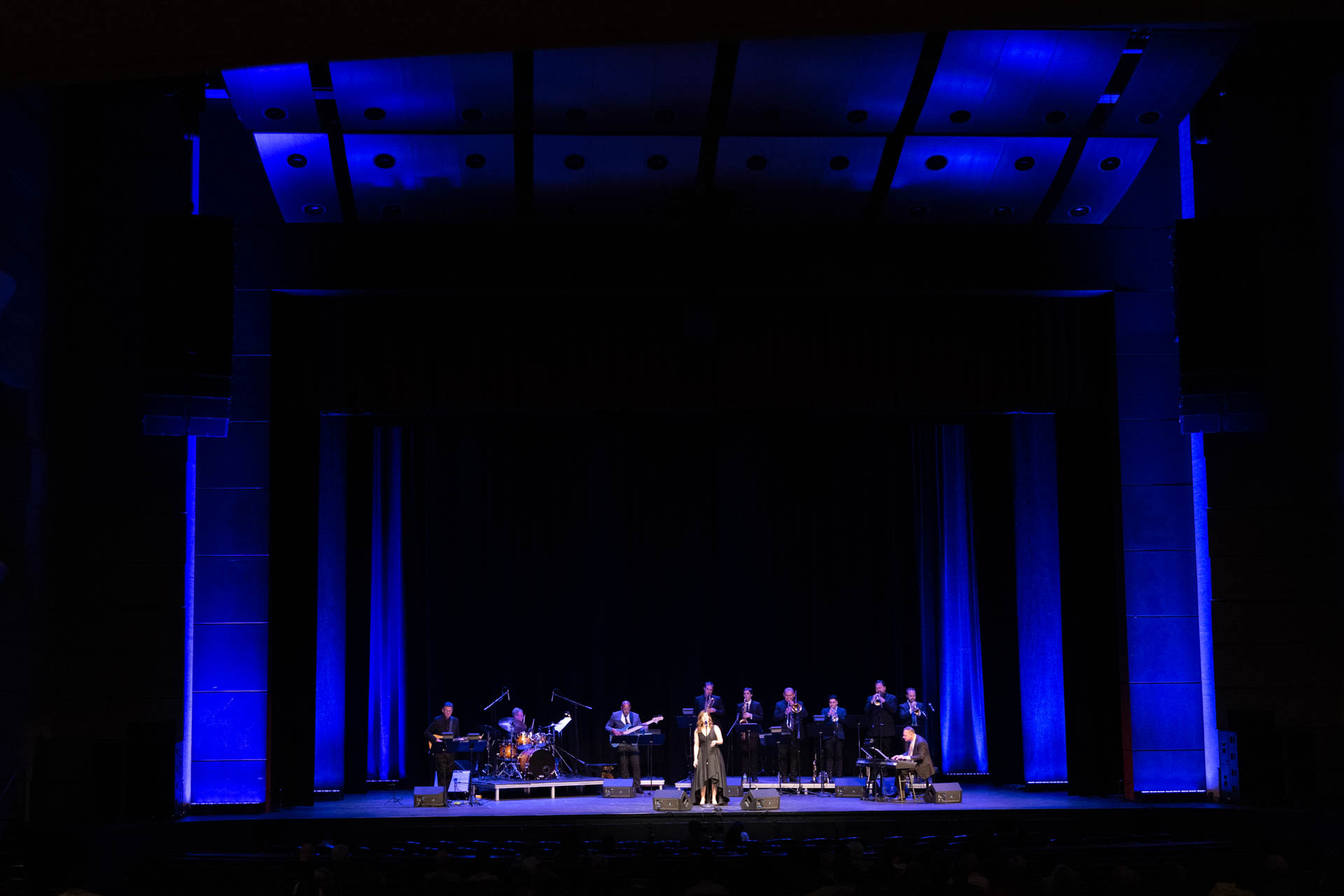 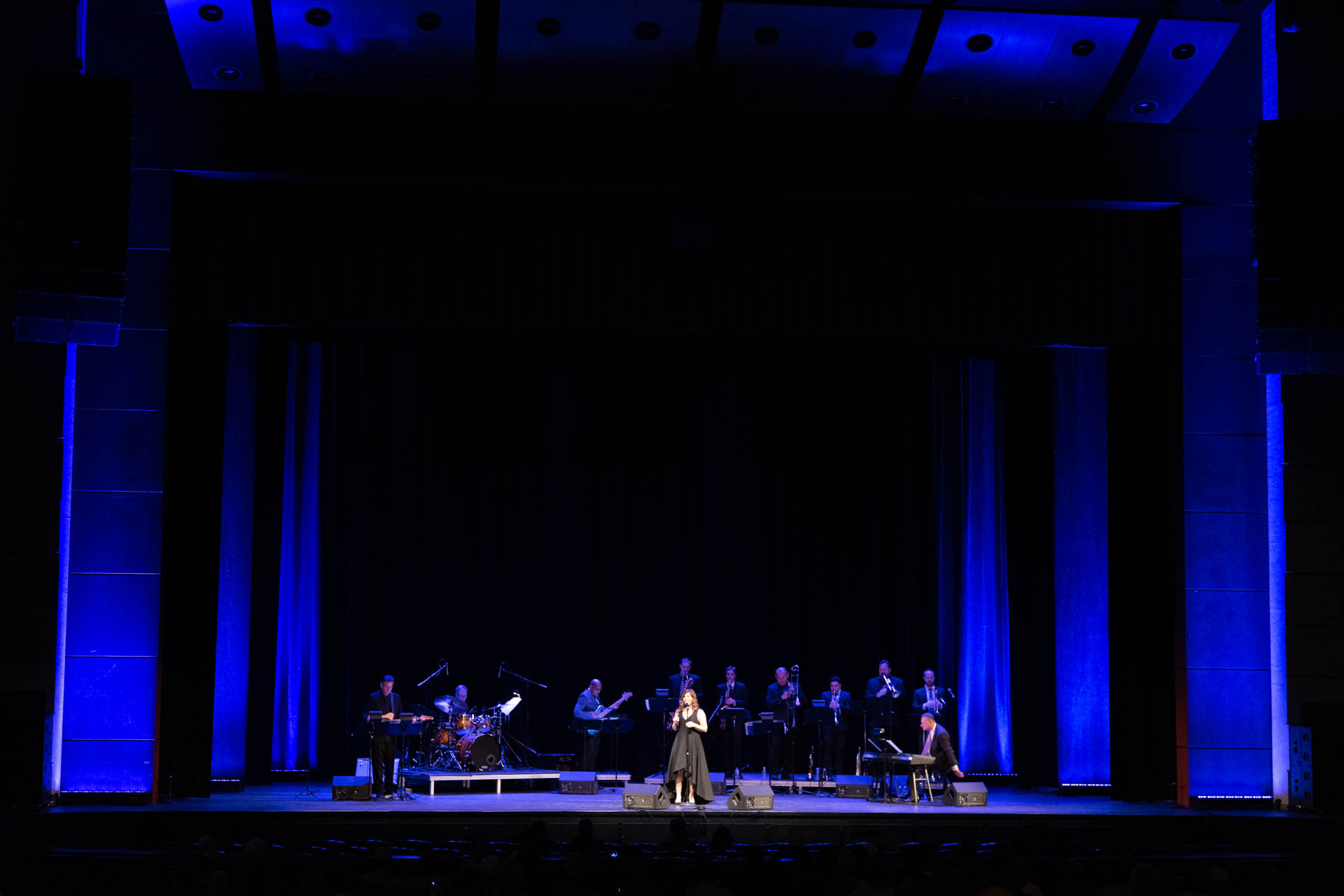 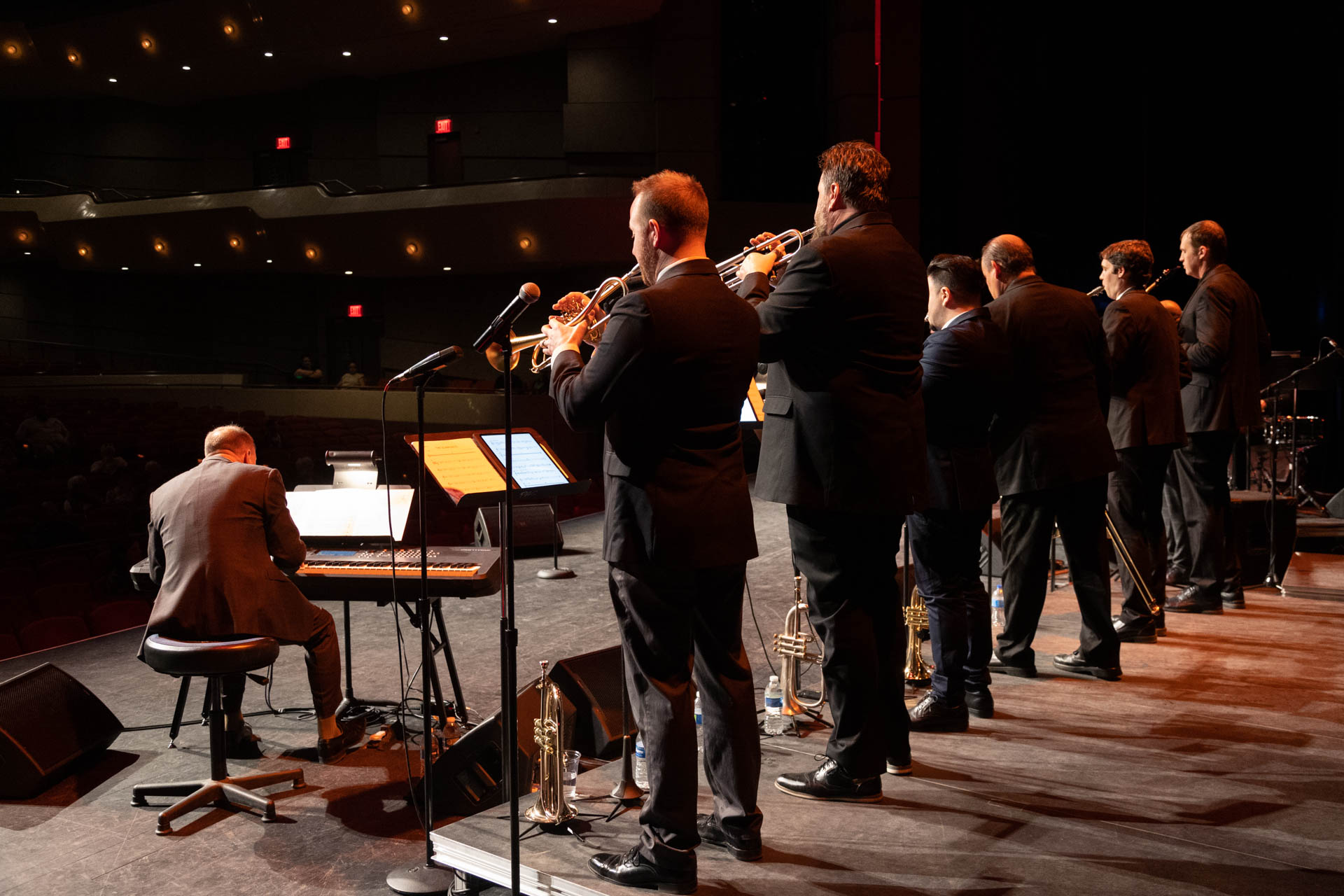 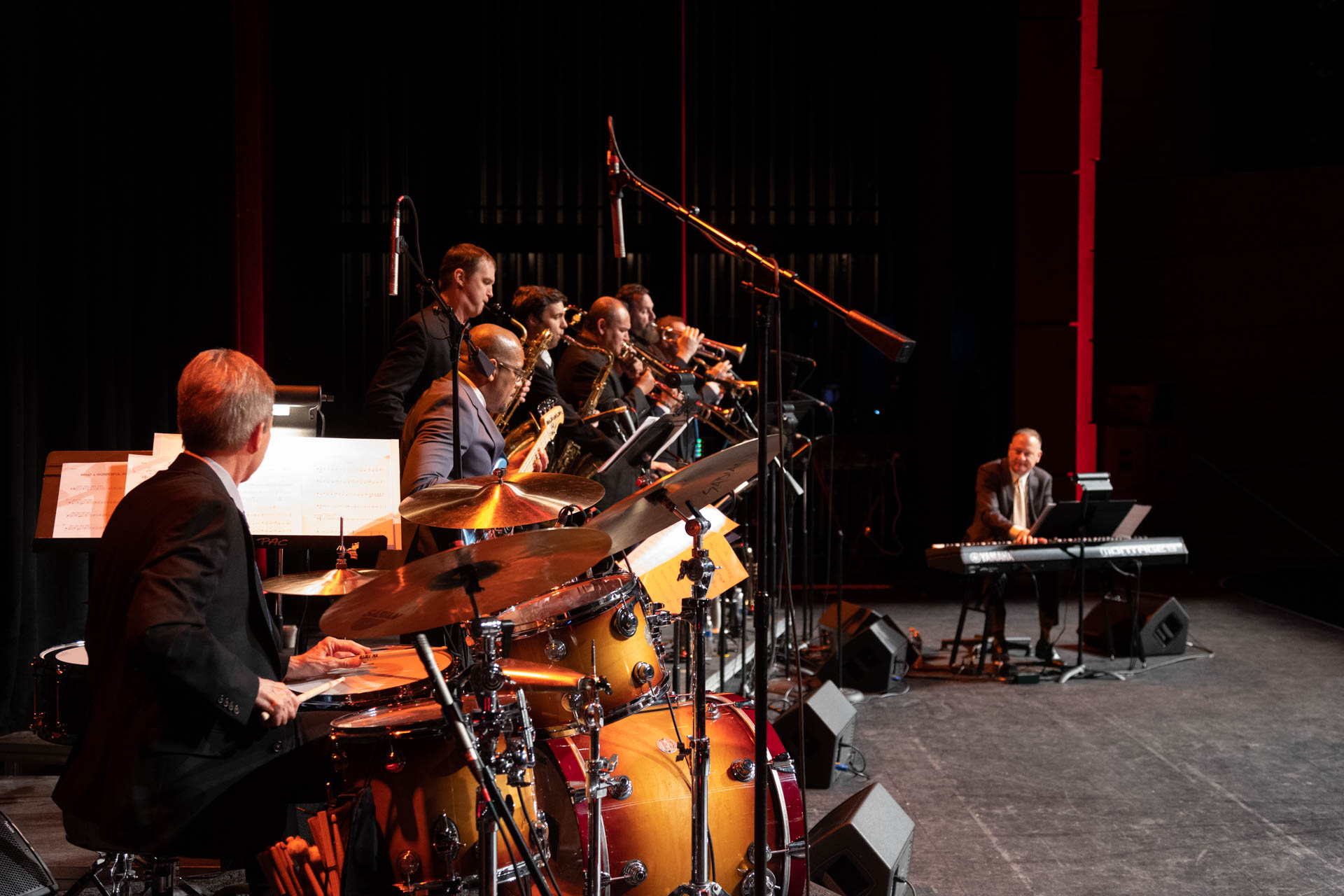 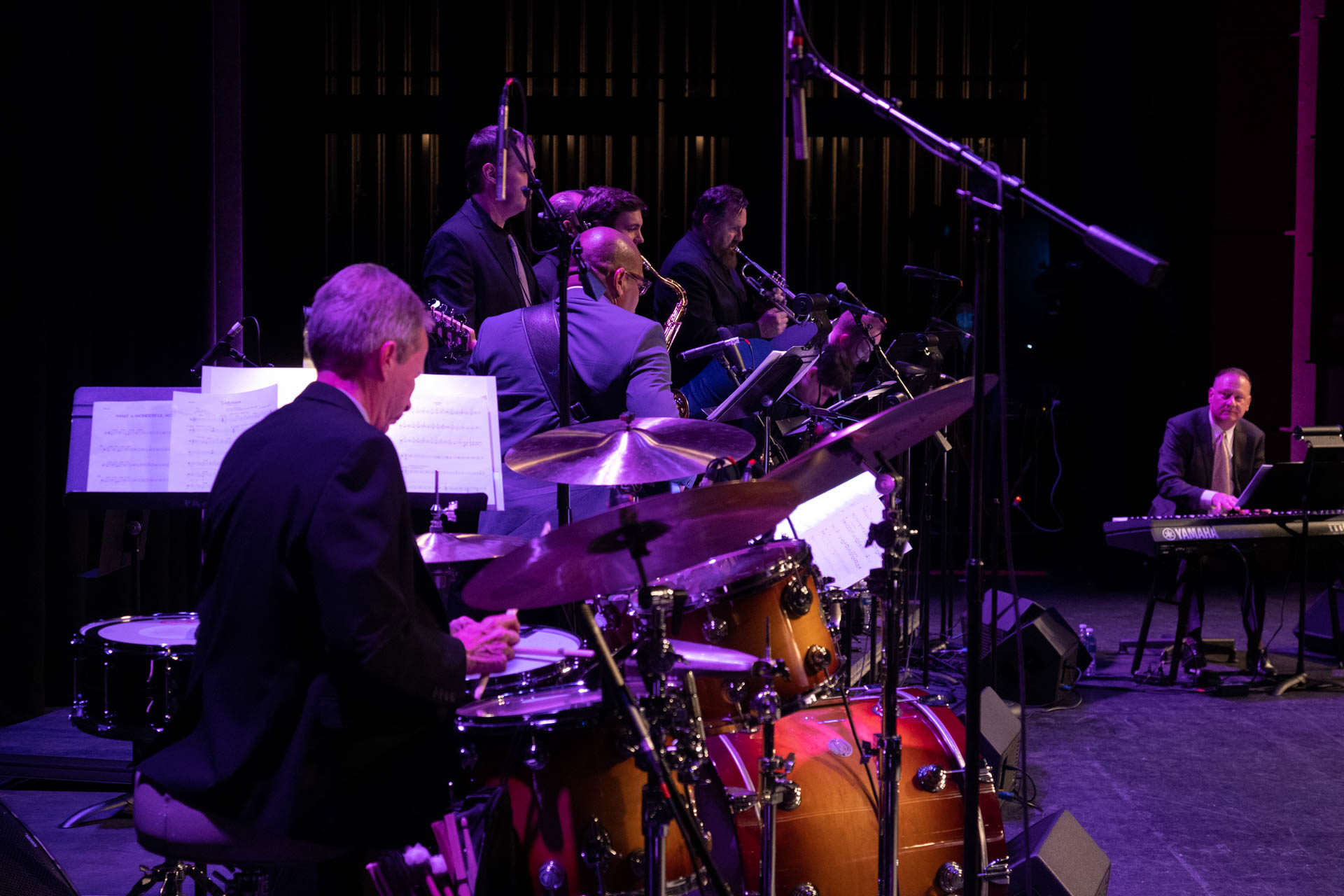 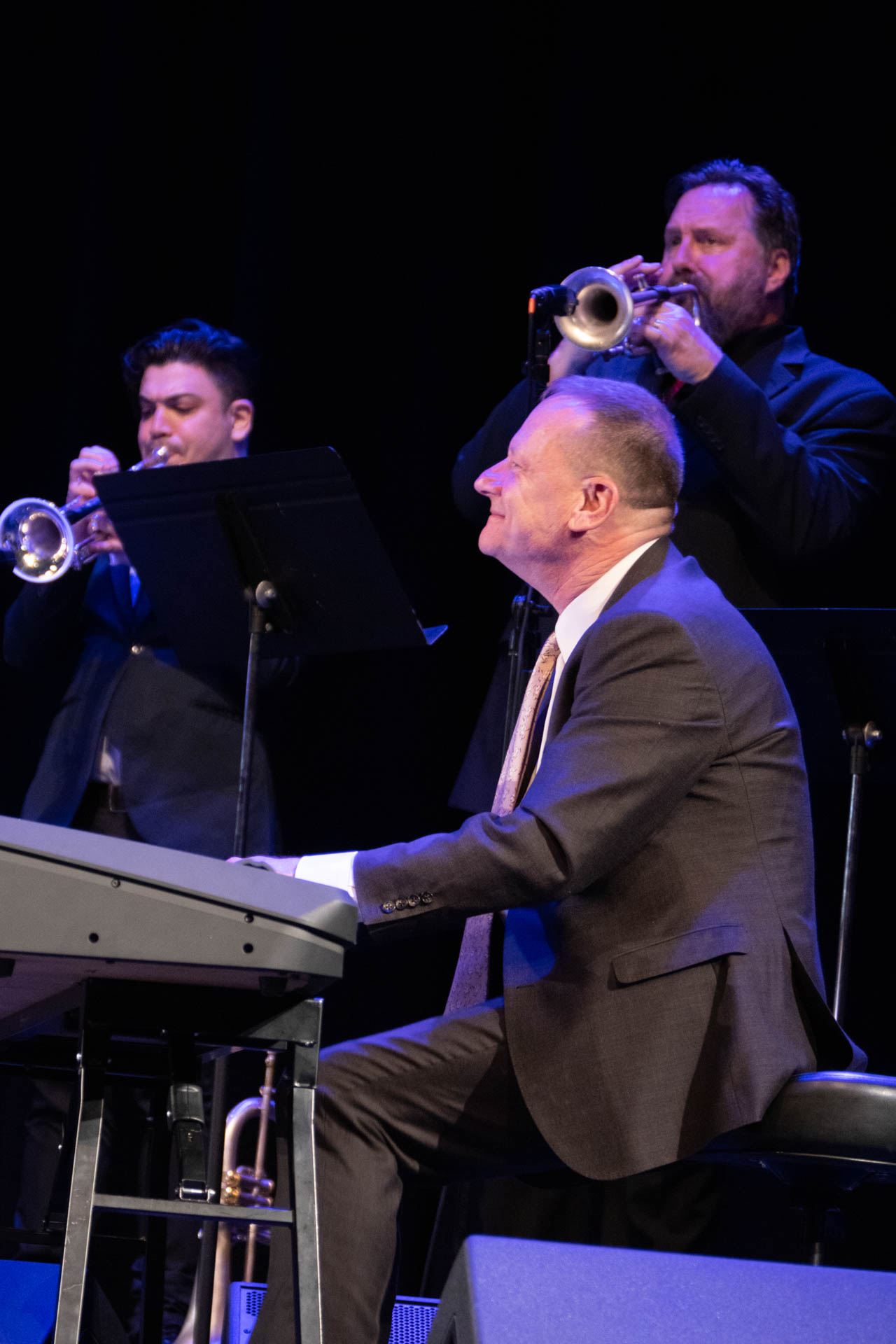 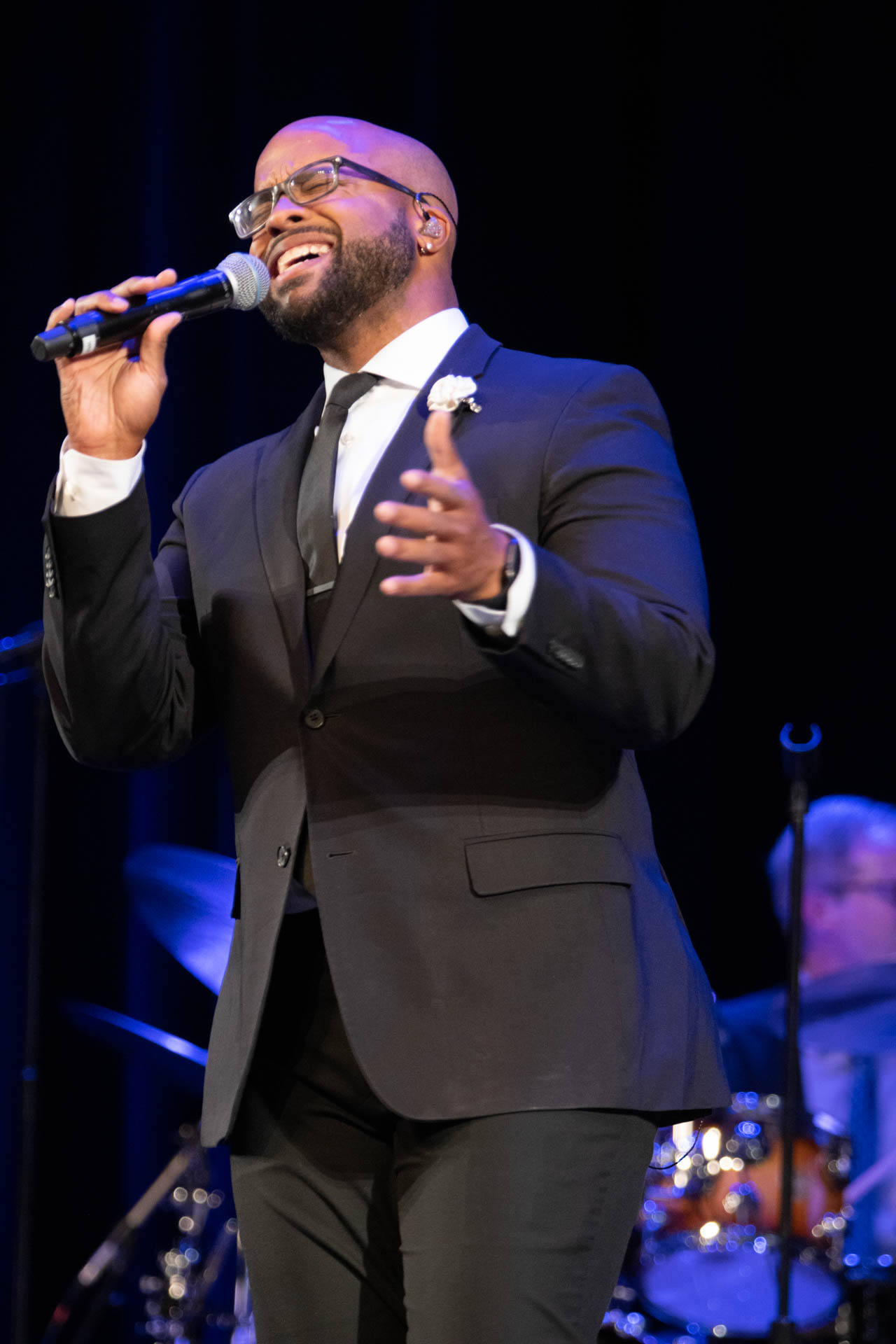 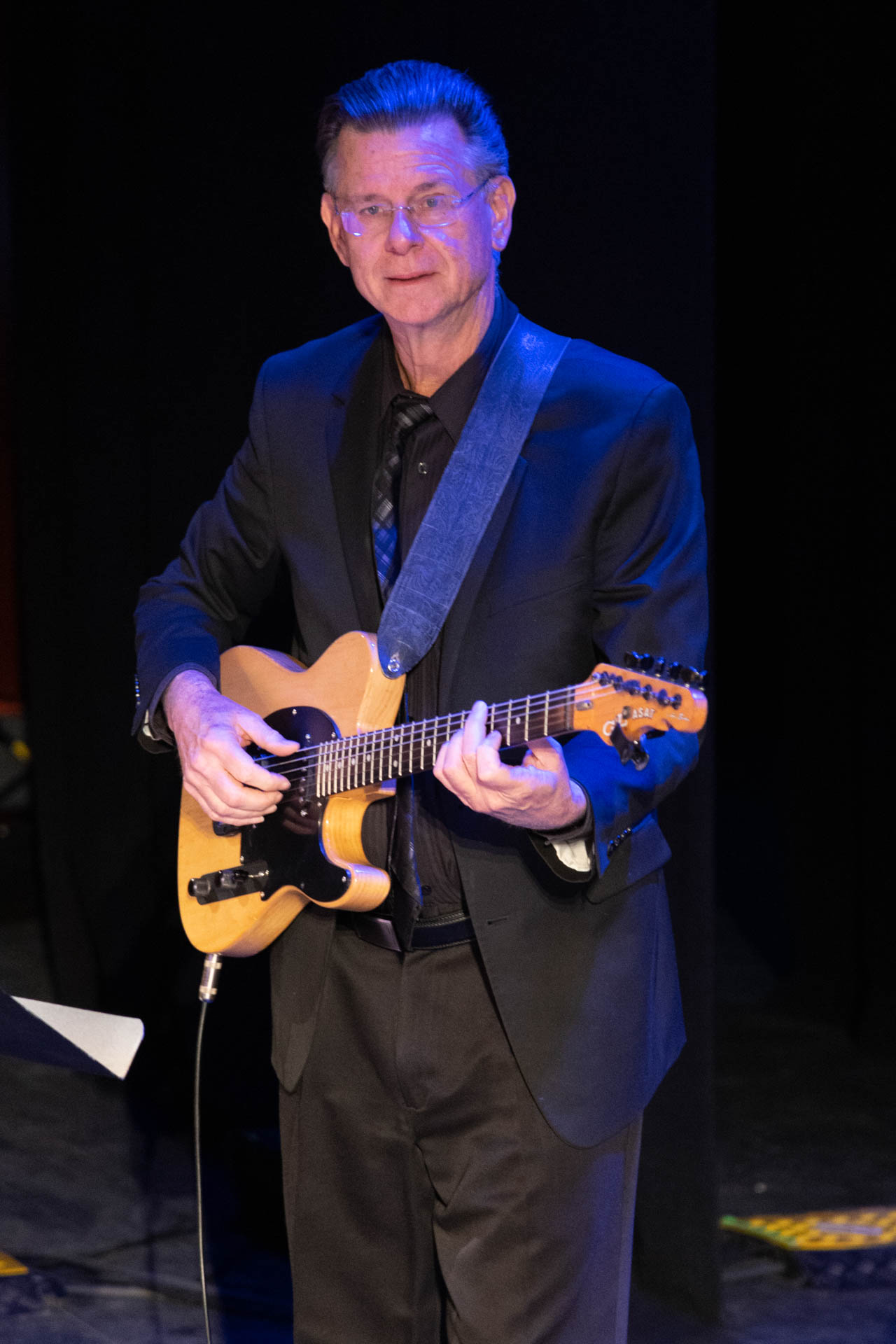 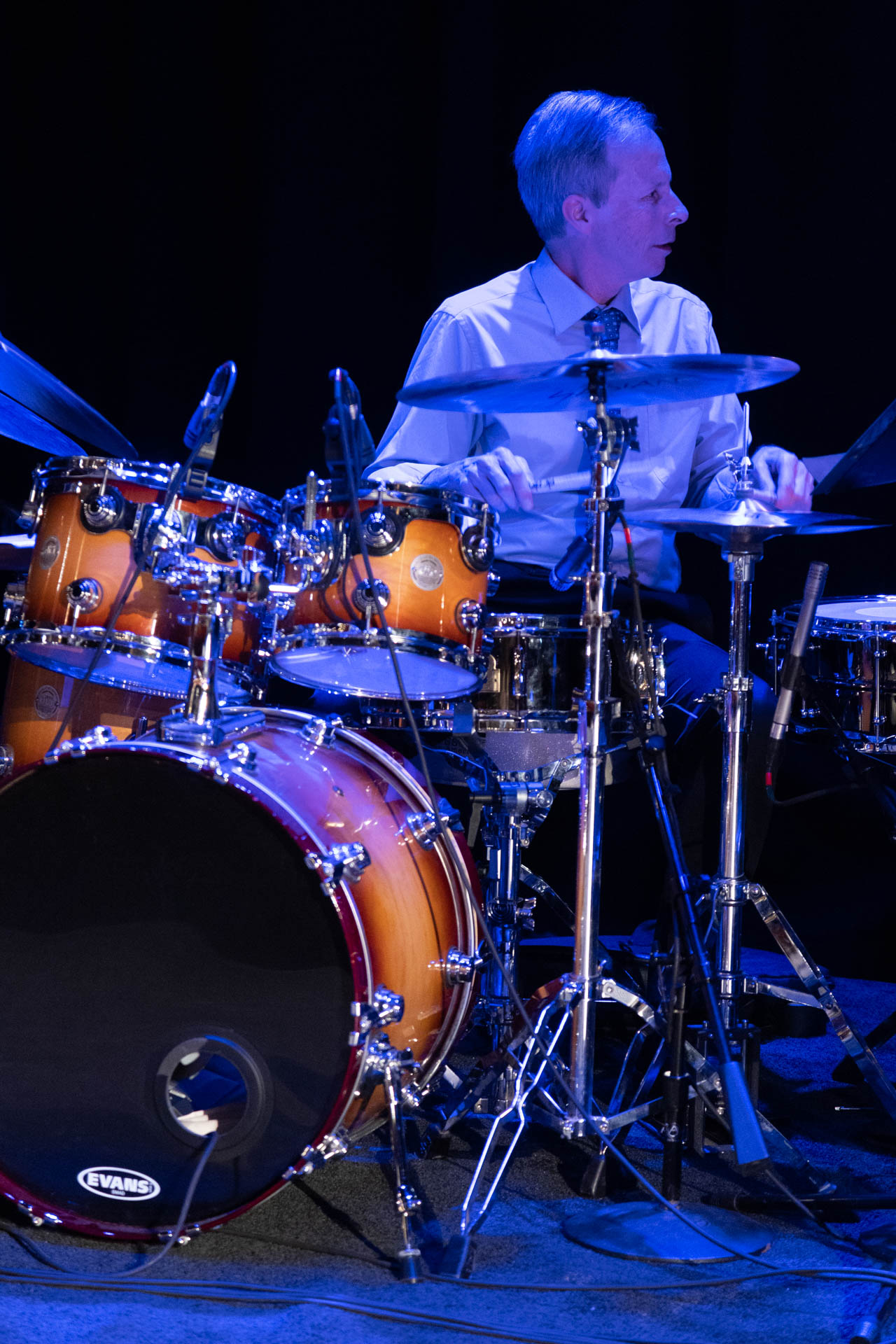 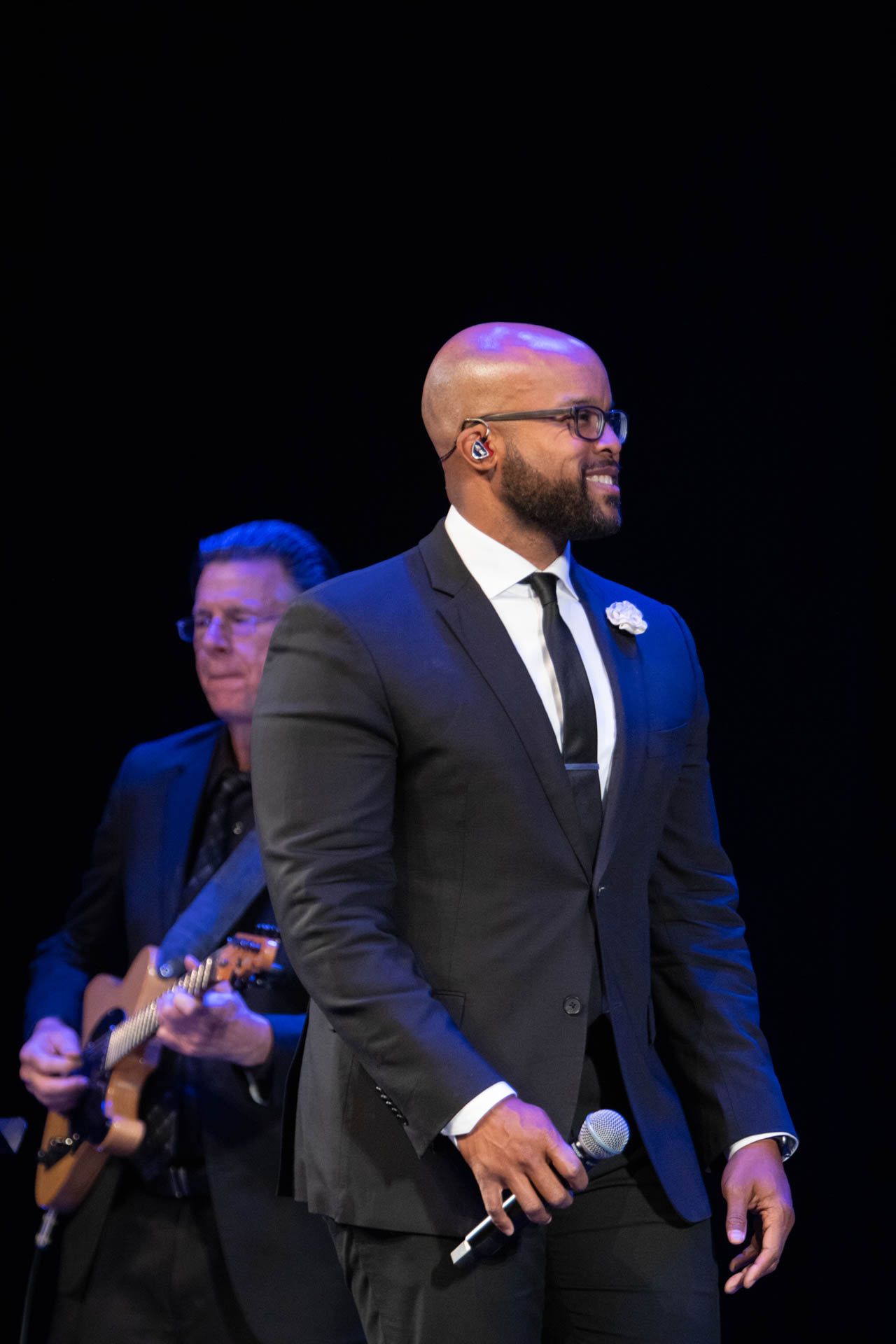 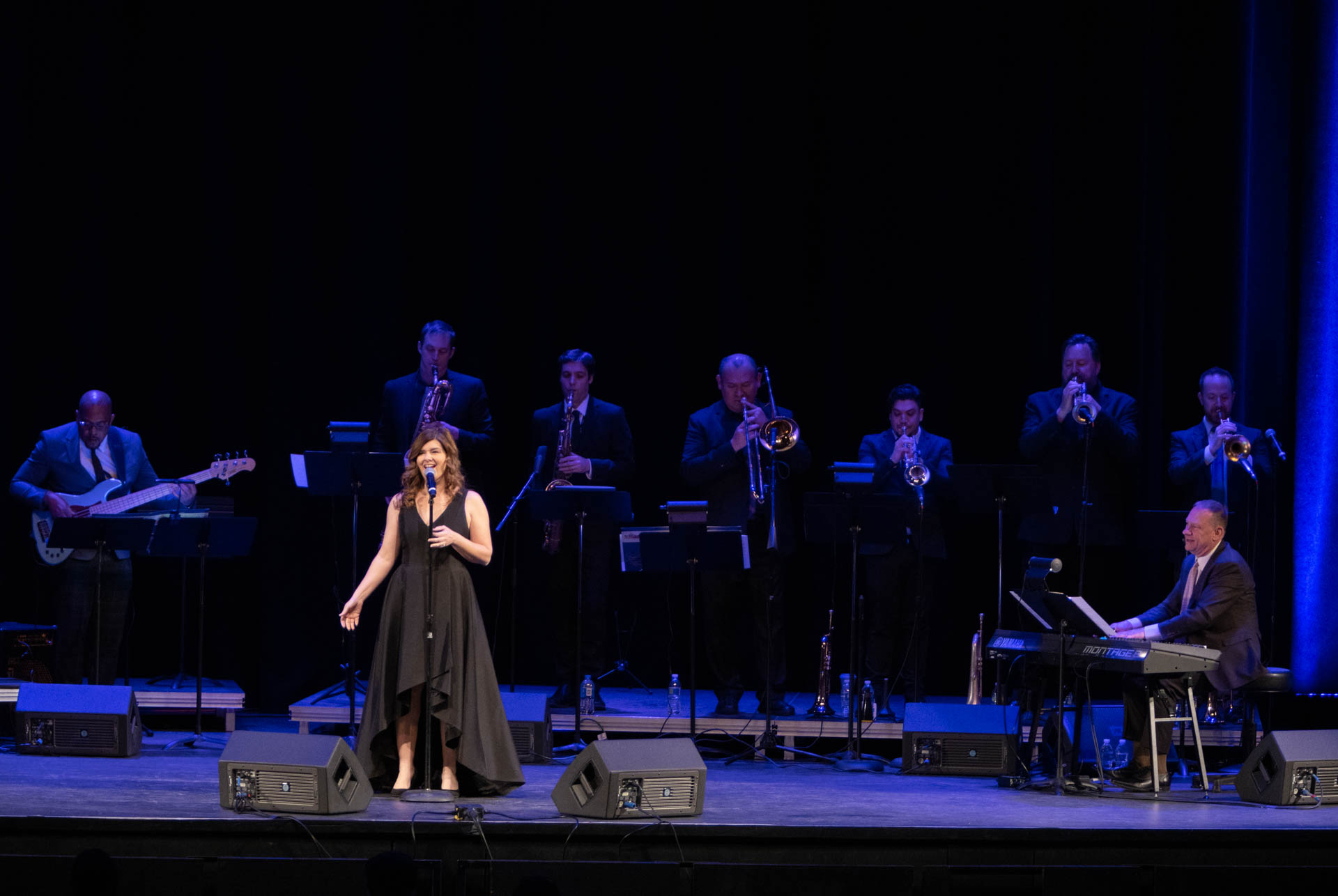 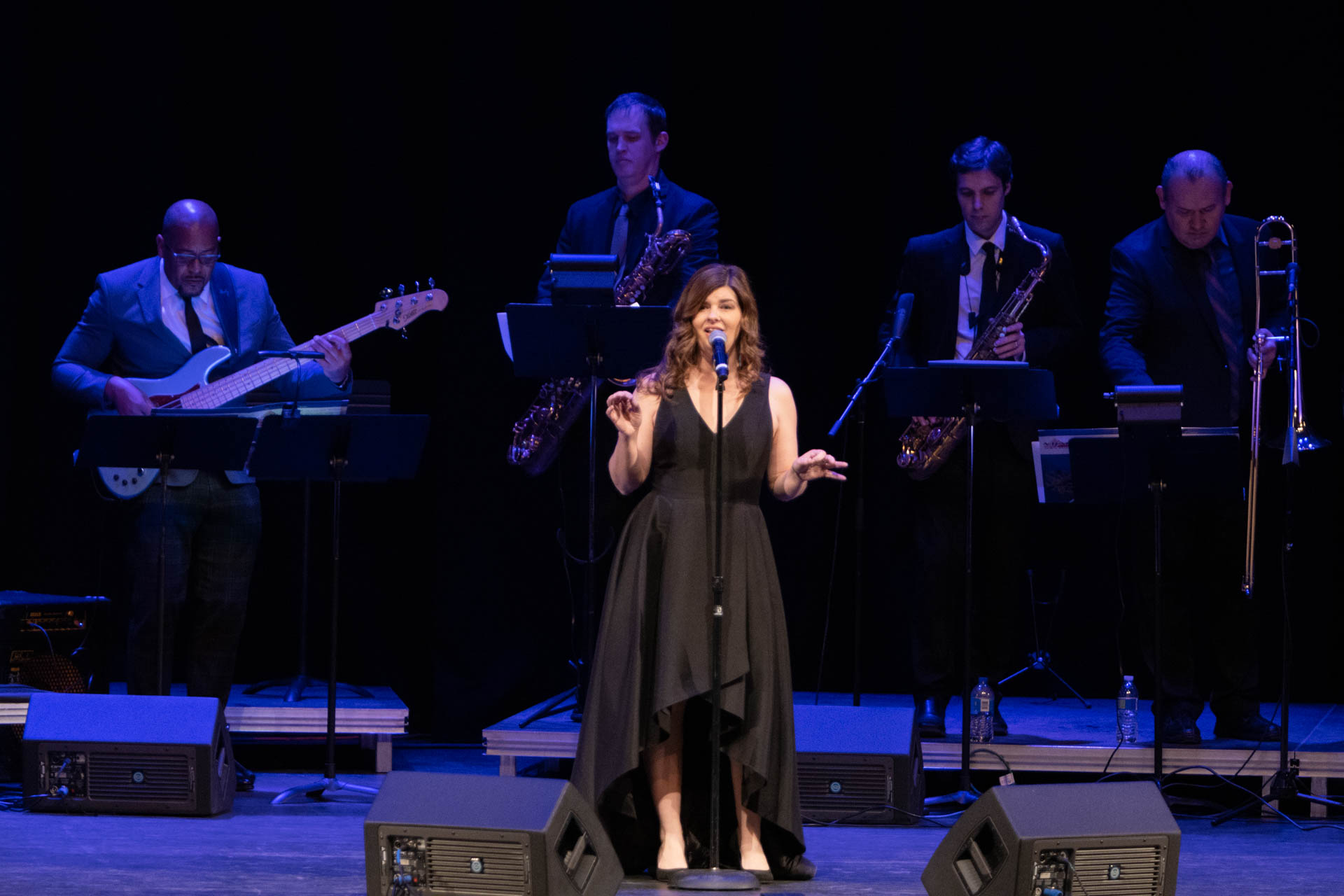 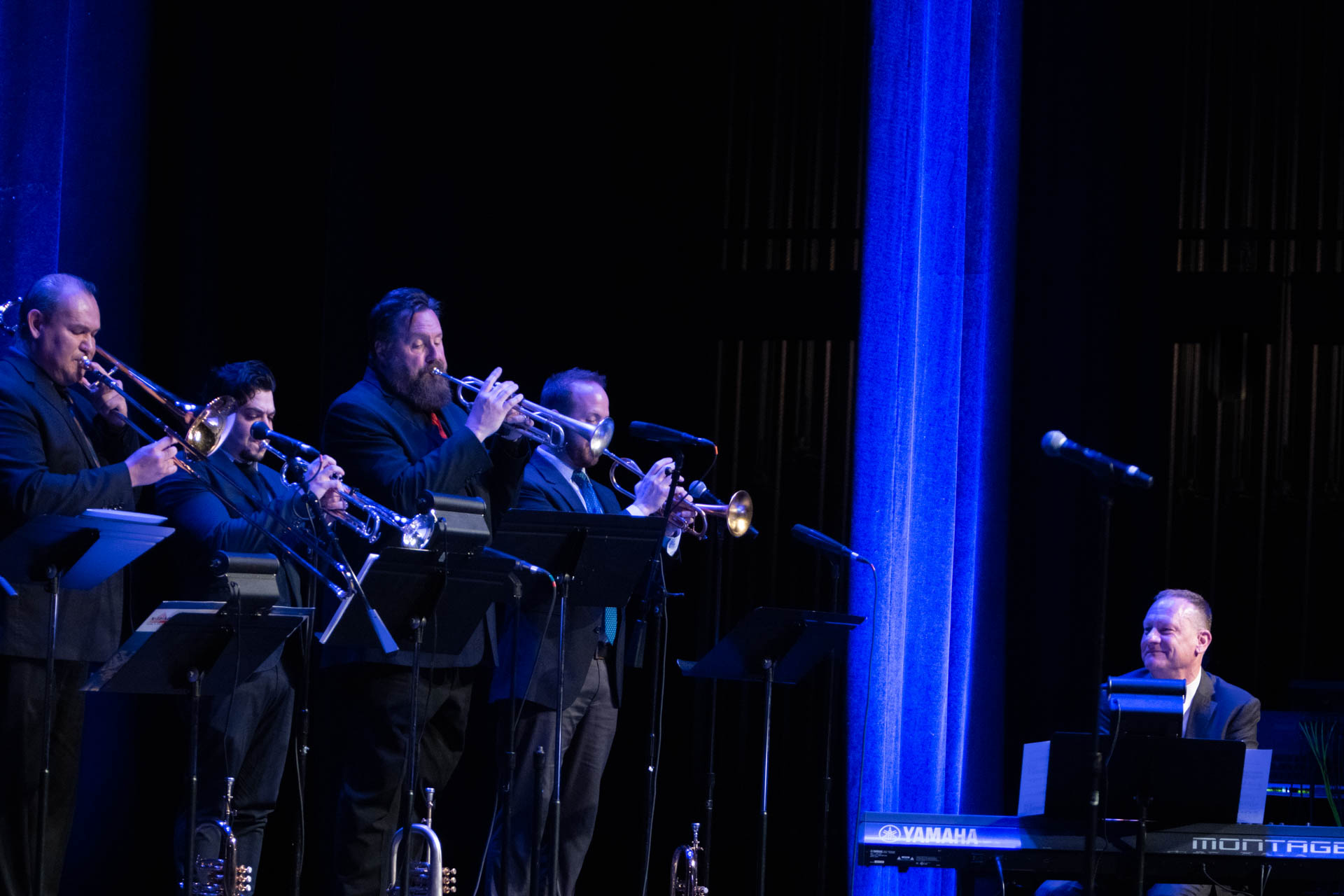 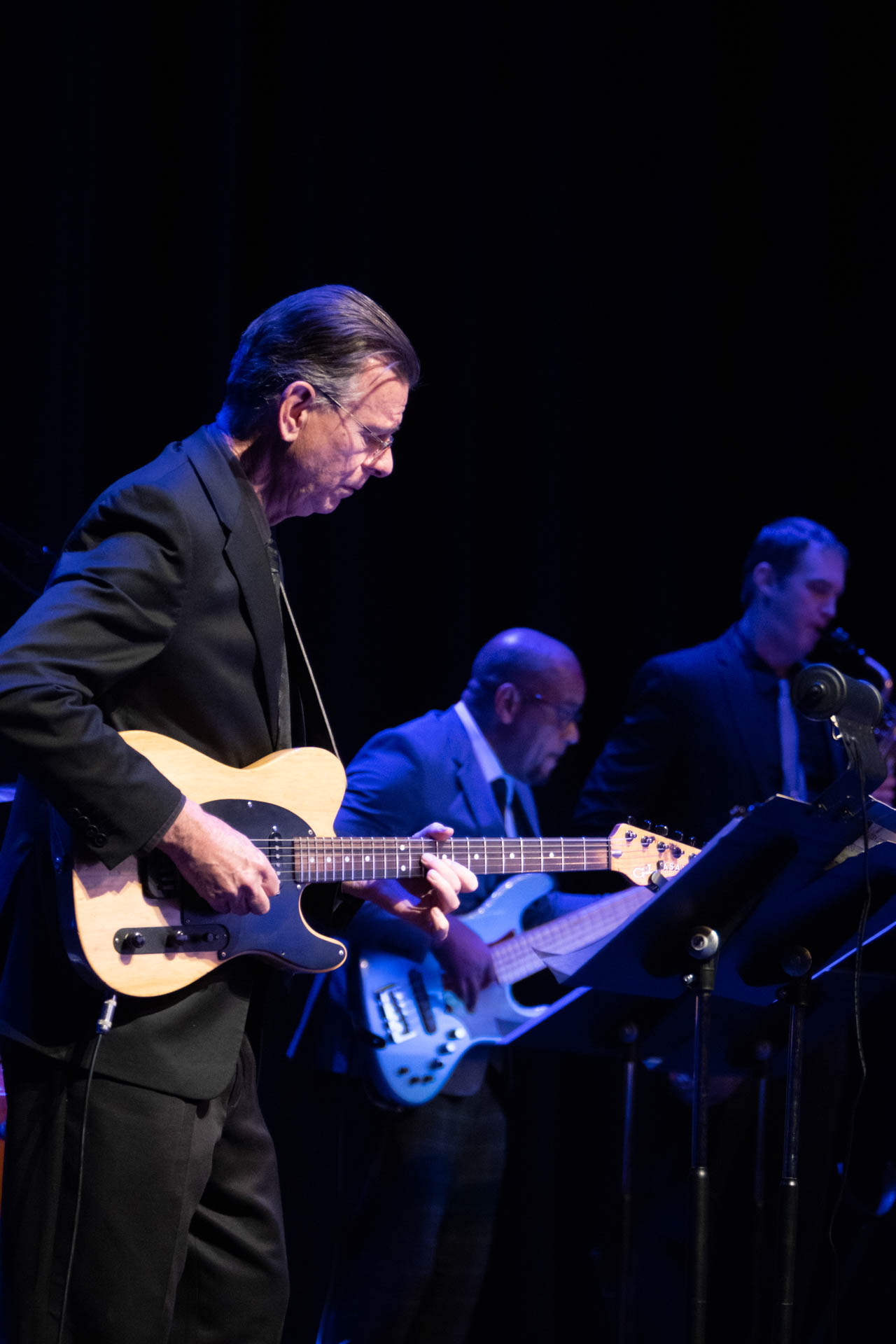 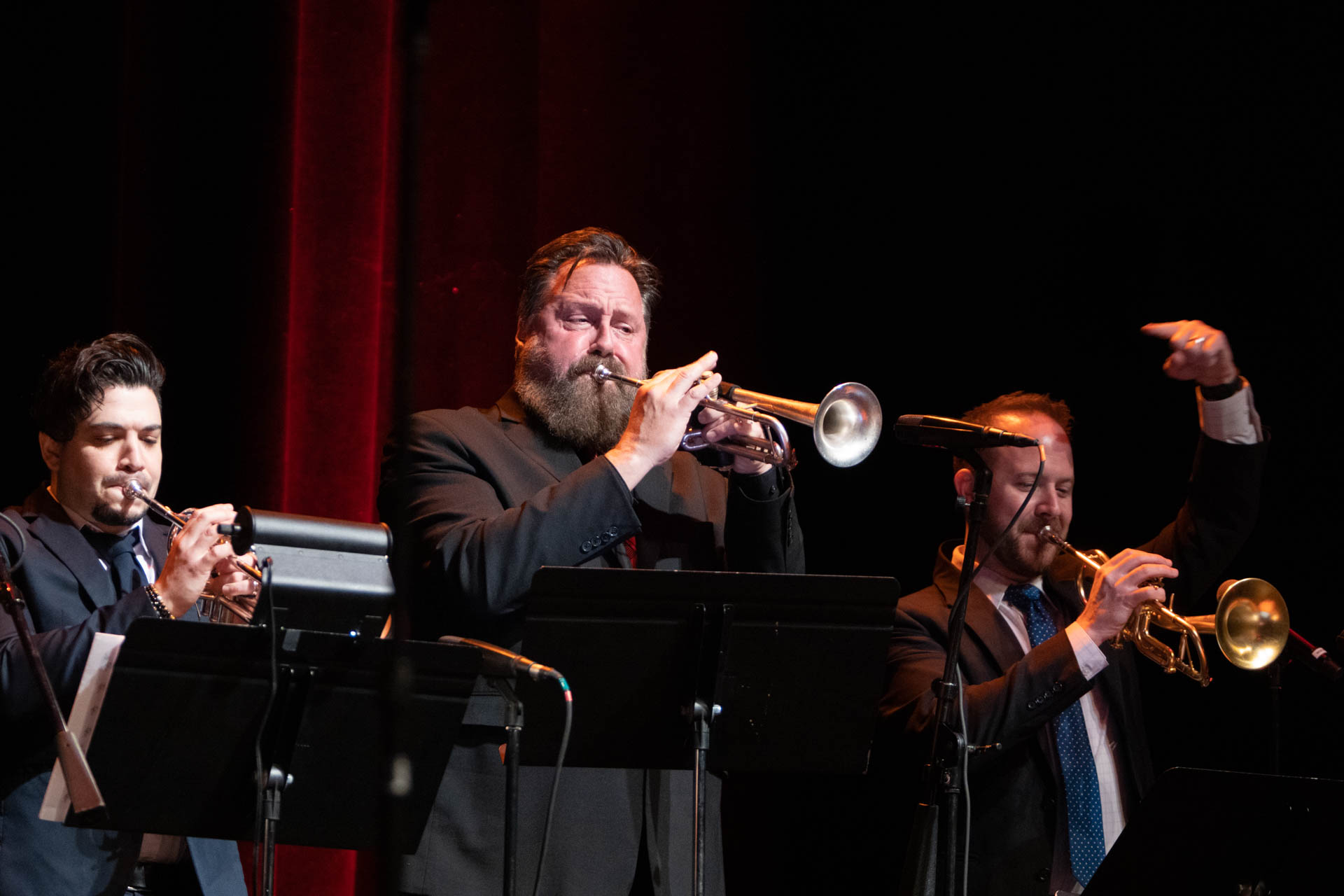 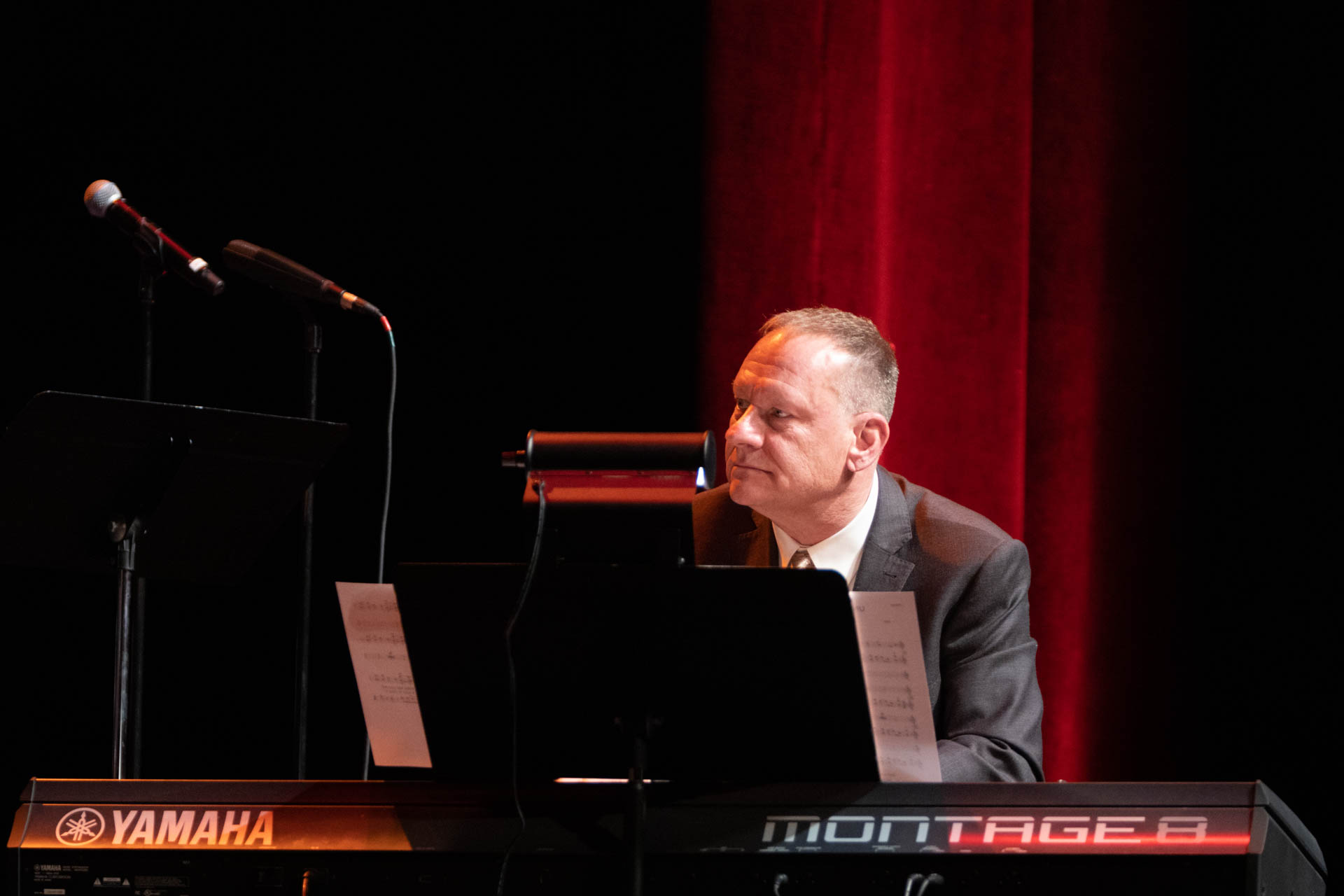 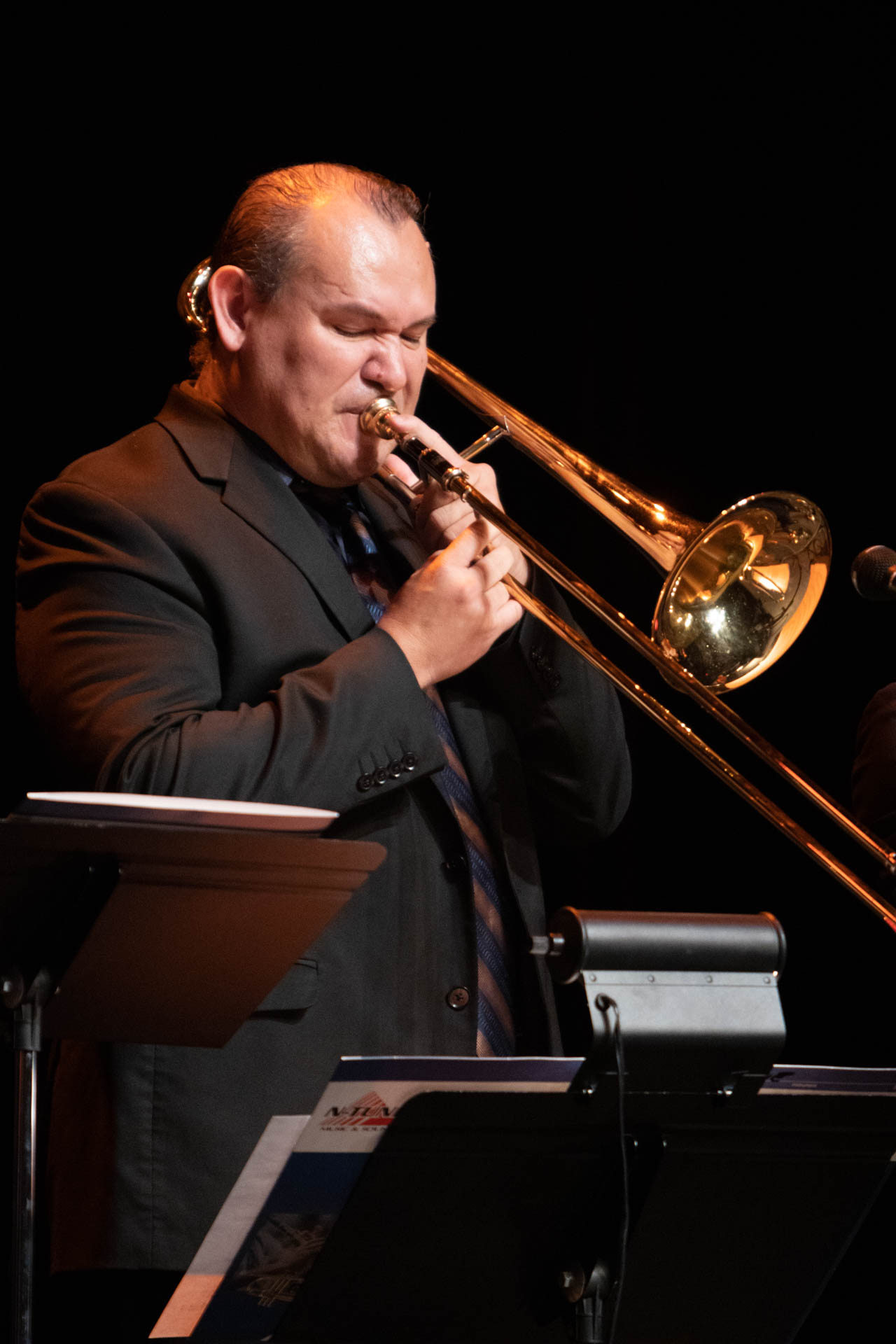 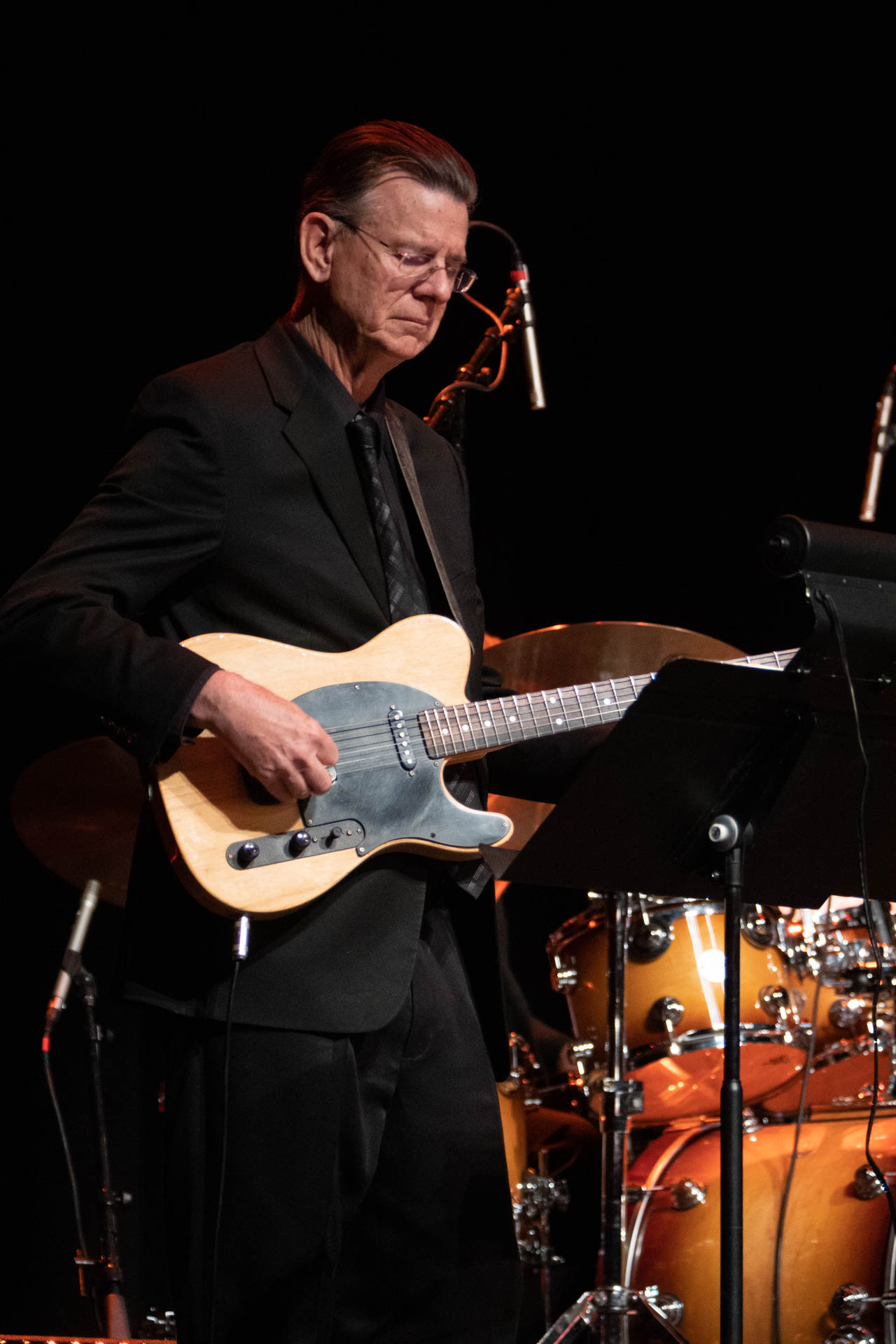 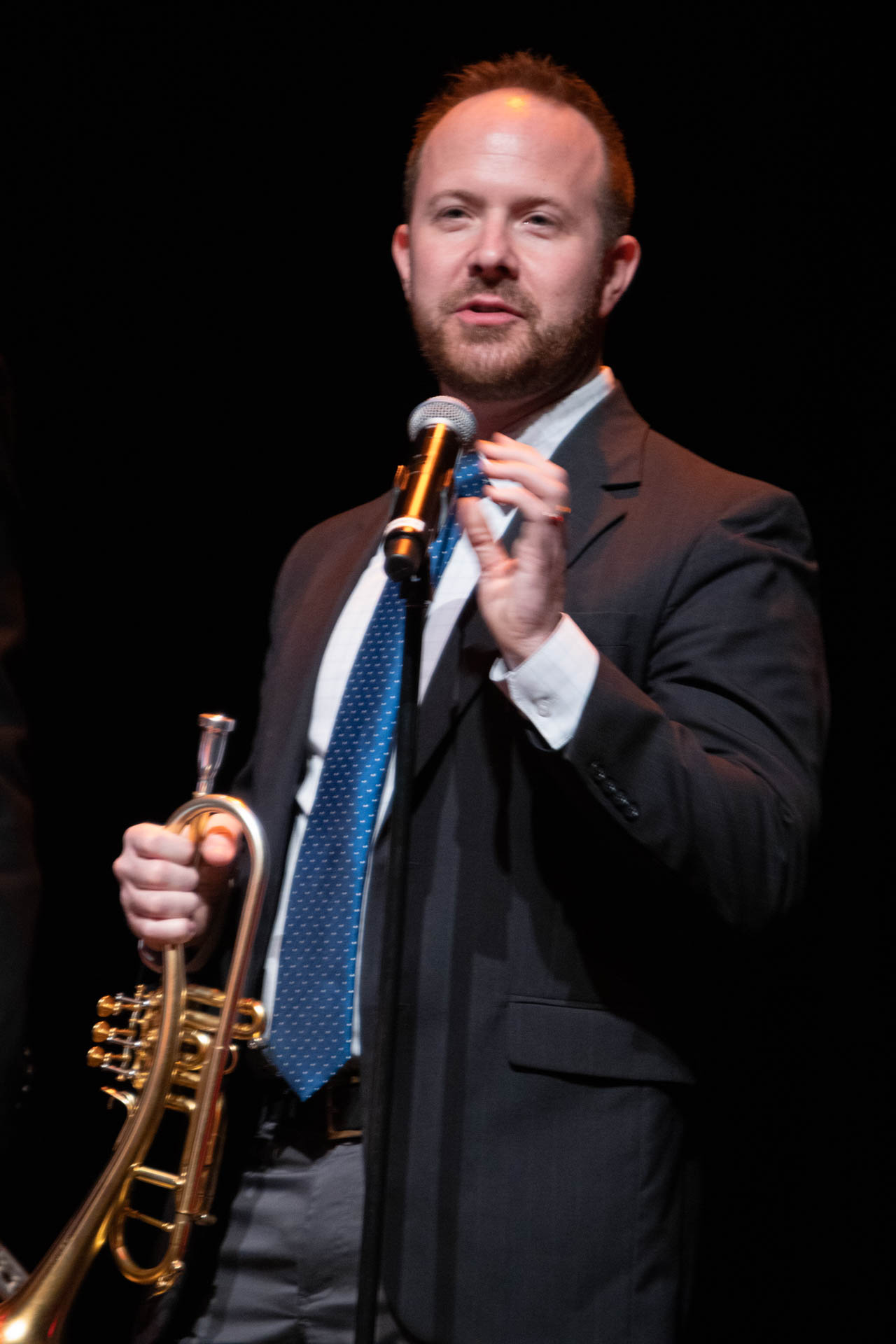 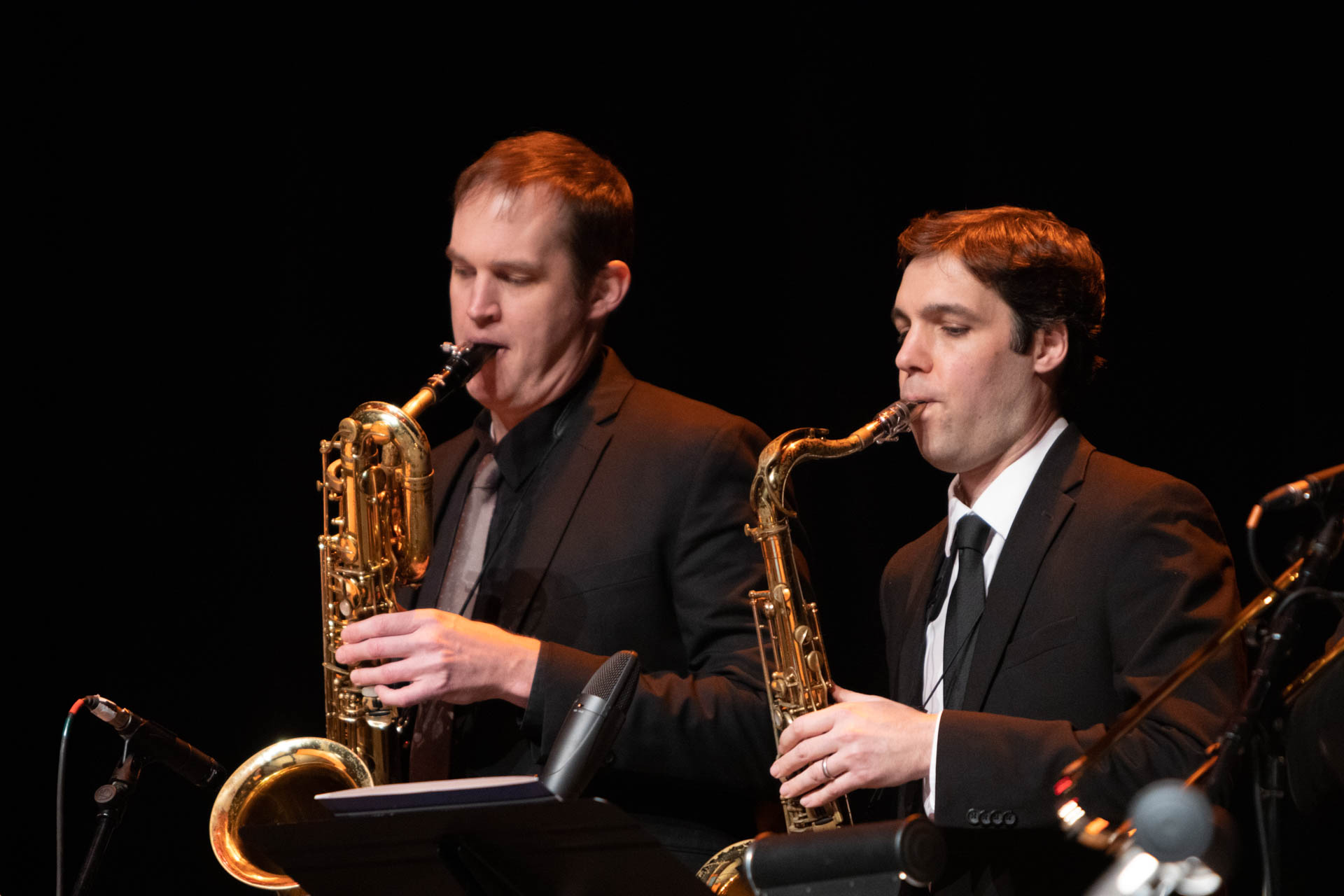 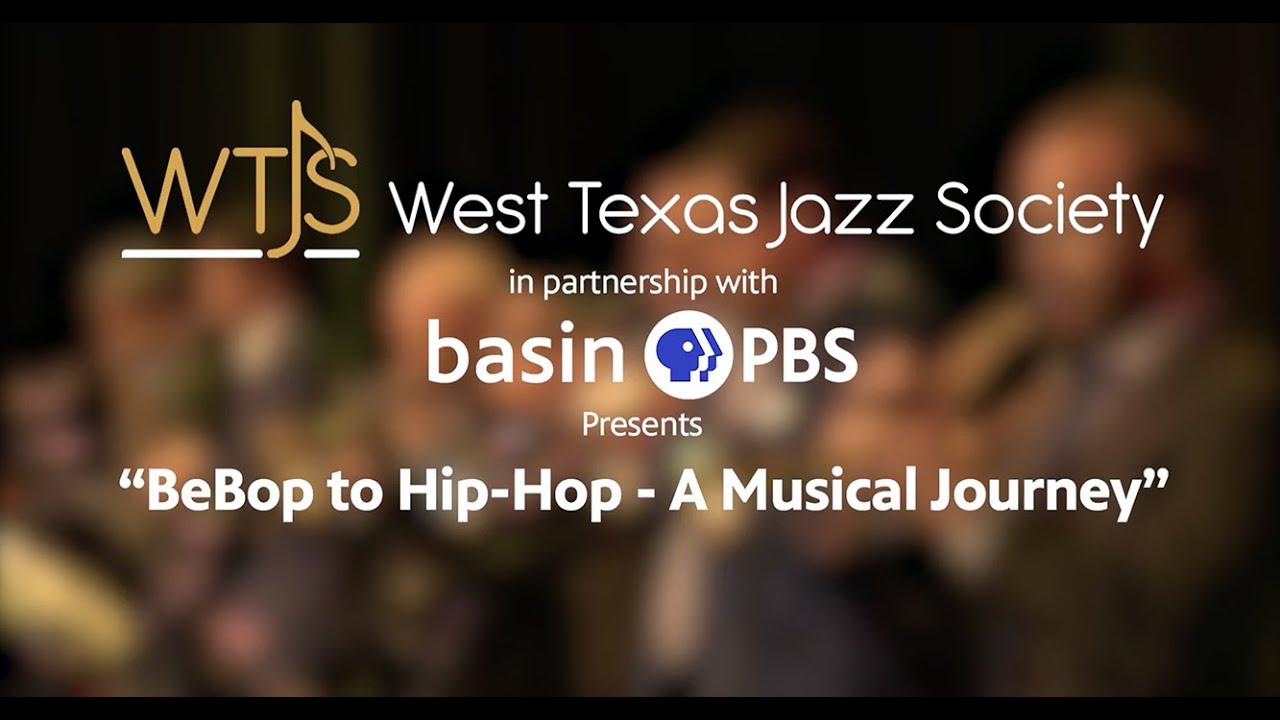 Dan is also a staple in the movie recording business in L.A. with film credits including: Incredibles 2, La La Land, Sing, Coco, Frozen (1 & 2), and many, many more!

Steve has toured extensively with the "legendary genius of soul" Ray Charles, pop icon Frankie Valli, and Chanteuse Anjani with her frequent guest the poetic Leonard Cohen.  He has performed at Exit Zero, and Playboy Jazz Festivals with Maceo Parker, toured the mid-east with Alphonse Mouzon  and toured California with Gordon Goodwin's Phat Band.  He has had occasion to perform live with a number of great and varied artists including Macy Gray, Michael Buble, Patti Austin, Heather Headley, Stacie Orrico, Diane Reeves,  John Daversa, Thelma Houston, and many others.

As a studio guitarist, Steve has recorded music for numerous television shows and films, as well as with a wide range of artists for album projects.

As a composer and producer, Steve has contributed music to several television shows.

Jarrett Johnson is a GRAMMY® Award nominated vocalist/arranger/songwriter; an industry professional whose expansive skill set has been featured with world-renowned music acts and has appeared on numerous studio recordings. Amidst vocal contracting and vocal coaching, his soulful tenor voice can be heard in a variety of mediums; everything from film and television, to background vocals for major label recording artists.

Some of Jarrett’s performance highlights include singing backing vocals on The GRAMMY® Awards, NBC’s The Voice, ABC’s Good Morning America, and The Tonight Show with Jimmy Fallon. He's also graced the stage of iconic venues including The Apollo, The Kennedy Center, The Lincoln Center and Carnegie Hall before thousands of captivated audience members.

Drummer David Zarlenga is a California native currently residing in the Santa Clarita Valley. David studied with highly regarded percussion instructors Murray Spivack and Fred Gruber for several years. He has worked with many well-known artists and has performed all over the world. In the 1990s David served as musical director and drummer for the internationally known Tom Jones. He has performed on various television shows including The Tonight Show, The Simpsons, and Conan O’Brian. David is currently working as a freelance musician doing live dates as well as recording and teaching.

Wally’s compositions and arrangements are commissioned frequently by some of the biggest stars in the business for their recordings (Jon Anderson, Arturo Sandoval, Gianmarco, Debbie Allen, Wayne Bergeron, Gary Grant, Dan Fornero); he also produces countless works for jazz and choral ensembles. Some recent

Wally has been Music Director for countless artists, shows, and productions; teaches privately, and served as the Director of Music and Worship at Calvary Church in West Hills, California for over a decade.

Coming from a musical family, trombonist Andy Martin launched his career while still in his teens. His technique and virtuosity quickly established him on the Los Angeles music scene. As an instructor, Martin has influenced countless young players. He has appeared at many colleges and universities throughout the country as a guest artist and clinician.

A world-class jazz musician, Martin is featured as leader or co-leader on twelve albums. These albums showcase his collaboration with other top jazz artists such as the late Carl Fontana, Pete Christlieb, Bobby Shew, and Eric Marienthal. He has also collaborated as a sideman with jazz greats such as Stanley Turrentine and Horace Silver. Martin had a long association with British bandleader and jazz promoter Vic Lewis, and was the featured soloist on many of Vic’s CDs.

Martin has long been one of L.A.’s most prominent trombonists for commercial recordings, television and motion picture soundtracks and live theater. He has contributed on albums for many popular artists, including the Pussycat Dolls, Coldplay, and Michael Bublé. His television credits include the Grammys, the Emmys, the Academy Awards, the Golden Globes and the Screen Actors Guild Awards. Martin has been the lead trombonist on television shows Dancing With The Stars and American Idol, and has appeared regularly on the soundtracks of major television series such as Family Guy, American Dad, and King of the Hill. His motion picture credits span the soundtracks of over 150 major films.

Gary Meek is a life long multi-instrumentalist, composer, producer, recording artist with 7 solo CDs, and has appeared on over 200 records with artists such as Herb Alpert, Dave Weckl, Airto Moreira and Flora Purim, Jeff Lorber, Green Day, Oscar Castro-Neves to name just a few. He has performed both as a sideman and a leader all over the world on saxophones, flute, and keyboards.

Jazz saxophonist and woodwind artist Bill King is a dynamic musician who has performed throughout the world including the United States, Europe, South America, Asia, the Middle East and Africa. King studied music at the Greenville Fine ArtsCenter. He graduated with a bachelor’s degree in music education/performance certificate from the University of South Carolina. Upon graduation he enlisted in the United States AirForce. Over the years, King has performed and recorded with many of the jazz greats  including Arturo Sandoval, Jon Faddis, and Manhattan Transfer. He also backed such musical pop stars as Johnny Mathis, Petula Clark, Clint Black, Faith Hill, The Temptations and Winnona Judd. Bill King is Director of Jazz Combos and Adjunct Professor of Saxophone and Clarinet at St.Mary’s University in San Antonio Texas.

Trumpeter Aaron Janik Aaron completed his undergraduate studies at Oberlin College of Arts & Sciences as well as the Conservatory of Music by way of the great Wendell Logan, graduating with a Jazz Trumpet Performance degree. Since that time, Aaron has studied with and been mentored by trumpet greats Sean Jones and the late Marcus Belgrave.He also received his Masters degree from USC Thornton School of Music.  In the past few years he has also performed or recorded with Earth, Wind, & Fire, Lady Gaga, Snoop Dogg, Chaka Kahn, Lil Kim, among others, and legendary gospel quartet the ClarkSisters.

Emily received her B.M. in Music Education from the University of Texas at Arlington. Emily taught general music and choir full time for five years before resigning to become a stay at home mom in 2009. Her vocal claims to fame include performing with the Grammy award winning gospel group “God’s Property,” and beating pop superstar Kelly Clarkson in All State Choir auditions while they were in high school. In early 2014, in response to a challenge from a friend, Emily and husband Eric recorded a video of themselves singing “Love is an Open Door” from Disney’s Frozen. To date, that video has received over 1.6 million views on YouTube.  Emily teaches music at Midland Classical Academy, directs the MOSC’s Voices of the Permian Basin youth choir, and performs regularly with Current Nine, a local, highly-sought after rock cover band.

Eric Baker received his B.M. in Music Education from the University of Texas at Arlington, and earned his Master’s Degree in Trumpet Performance from Arizona State University. Mr. Baker moved to the Permian Basin to begin his tenure as Co-Principal trumpet with the West Texas Symphony, and performs regularly with the Lone Star Brass Quintet, Current Nine, The Pinstripes Jazz Quartet, and Emily & the Rhumba Kings. He toured with the hit Broadway musical Chicago, and performed on stage with The Temptations and The Four Tops. He is a founding member of the “Lone Star State” chapter of the International Trumpet Guild and was a semi-finalist for the National Young Artists Competition. Eric was appointed to the position of Director of Bands at Odessa College and serves as Chair of Visual and Performing Arts Department.

to receive our latest news and information

We would love to have you sign up for our newsletter, become a member, or make a donation to the West Texas Jazz Society.