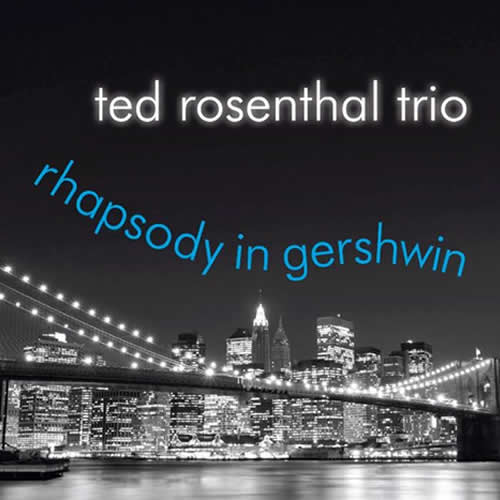 Ted Rosenthal is one of the leading jazz pianists of his generation. He actively tours worldwide with his trio, as a soloist, and has performed with many jazz greats, including Gerry Mulligan, Art Farmer, Phil Woods, Bob Brookmeyer, and James Moody.

Winner of the 1988 Thelonious Monk International Jazz Piano Competition, Rosenthal has released fifteen CDs as a leader. Rhapsody in Gershwin (2014), which features his arrangement of Rhapsody in Blue for jazz trio, reached #1 in jazz album sales at iTunes and Amazon.

Bassist Martin Wind was born in Flensburg, Germany in 1968, and moved to New York in 1996 to study at New York University (NYU) with a scholarship by the German Academic Exchange Service. In 1998 he earned his Master’s degree in Jazz Performance and Composition studying with Mike Richmond, Jim McNeely, Tom Boras, Mike Holober and Kenny Werner.

Since his move to New York Martin has become a regular at all major jazz clubs and is also in demand as a session player; his credits include movies such as “The Alamo”, “Intolerable Cruelty”, “ Mona Lisa Smiles”, “Fur”, “True Grit” and “The Adventures of Walter Mitty”. He is currently is a member of the trios of Bill Mays, Dena DeRose, Bill Cunliffe, Ann Hampton Callaway and Ted Rosenthal, as well as of Matt Wilson’s Quartet “Arts and Crafts”.

Drummer Tim Horner began playing the drums at the age of ten while also playing violin and viola in his public school music programs. Upon entering Berklee College of Music in 1974 he made drumming and becoming a professional jazz drummer his goals.

He played professionally first with the Tommy Dorsey Orchestra, which he joined in 1978. After a year on the road Tim returned to Boston where he led his own bands and finished his Bachelors Degree in Performance at Berklee. In recent years he has been a regular substitute with The Village Vanguard Jazz Orchestra at New York City’s Village Vanguard, as well as traveling to Europe and other local New York area venues.